A PEBBLE CAN START AN AVALANCHE

Dressed in a thick cuddly sweatshirt, cozy and secure in my living room chair and warmed by our gas fireplace, I stare, deep in thought, out our front window at a chilly November morn.  Today's newspaper, on my lap, glares at me with its heartbreaking photos of the Philippine devastation wrought by Typhoon Haiyan. "1,774 confirmed dead and 2,487 injured with official death toll expected to reach 10,000," scream the headlines. NASA officials report that the typhoon was the equivalent of a Category 5 hurricane. CTV News, in an effort to clarify the immensity of the storm, superimposed a satelite image over a map of Canada. Such was Typhoon Haiyan's size at its worst that it reached into every province. The scope of the human and property toll is beyond comprehension.  And in a third world nation!  As if the situation is not dire enough, another powerful typhoon may be bearing down on the battered islands. "We need help" has been the unanimous cry of the typhoon victims. The need is staggering!
Disasters of such scope throw my emotions into utter turmoil.  We, as Canadians, enjoy such a privileged corner of our planet. It is at times such as these that I feel embarrassment and guilt that I am not doing more. My life is a good one. How can I just sit by? Conversely, I am well aware that an untrained woman in her late sixties would just be a liability to aid workers. So no, I have not booked an airline ticket to Manila.
In 2002, I had the unique privilege of meeting and spending some time with Diane Stuemer. After a cancer scare, Diane, her husband, Herbert, and their three sons rented out their home in Ottawa and set out on a four year circumnavigation of the world. Dispatches describing their journey were published, with ever increasing readership, in the Ottawa Citizen. Diane's subsequent book, The Voyage of The Northern Magic", provided a vivid account of their incredible journey aboard a forty year old sailboat.  So taken was I with this book, its author and her message that I arranged to have her speak to my real estate staff.
It was in Kenya that Diane and her family learned the true meaning of humanity.  What struck Diane most was the desperate need for basic education. It cost, at that time, $500 to send a student to school for a year. Virtually an impossibility for most Kenyan families. In the Ottawa Citizen she wrote, "...we learned that those of us who have been fortunate enough to make a living and build ourselves a life, have the power - and also the duty - to help build a better world, even if only changing the world of one person at a time."  The monetary response from Ottawa Citizen readers was staggering, enough not only to educate a number of  students for a year, but also to plan a new school building. Leaving Kenya, on their return journey, Diane wrote, "That is why, when we finally made our way back into the ocean, our hearts, once so weighed down by all we had seen in Africa, no longer felt quite so heavy. All we did was plink one stone down a mountain. Maybe it would help start an avalanche."
So what, Daf? Why tell us this? Because when I have my moments of inner turmoil about not doing enough, about not being able, singlehandedly, to relieve the agony of survivors of world disasters, I remind myself of a conversation with Diane in which I likened myself, in the face of such disasters, to a rabbit in headlights. Frozen! Not acting!  Diane, hand on my arm, looking me straight in the eye, said, "Daphne, plink a few pebbles down the mountainside and you may start and avalanche. You only need to DO. Do what you can".
And so, in Diane's memory, I picked up my computer and donated, from Jim and I, to the Canadian Red Cross Haiyan Relief. And now I challenge you. Choose your charity. Just DO!  Mae mentioned on Facebook that she donated through Plan Canada.  Bravo!  And there are many other charity choices. $5.00, $500.00 or $5000.00. It matters not. Just "plink a few pebbles down a mountainside."
Postscript: On March 15, 2003, Diane Stuemer succumbed to a return of her malignant melanoma.  The day I received Herbert's email, I thought my tears would never dry. We lost a true world citizen, an inspiration and a ray of sunshine. 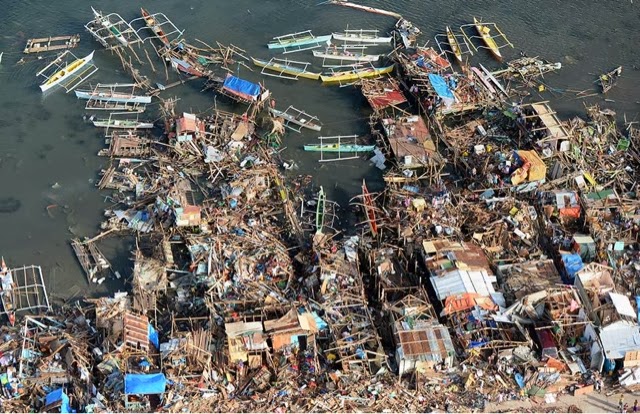 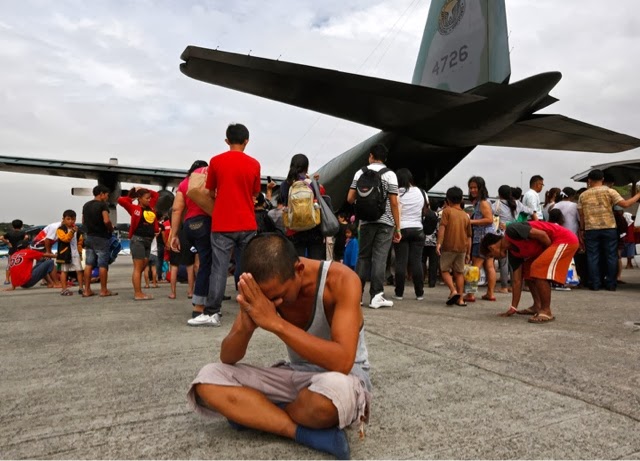 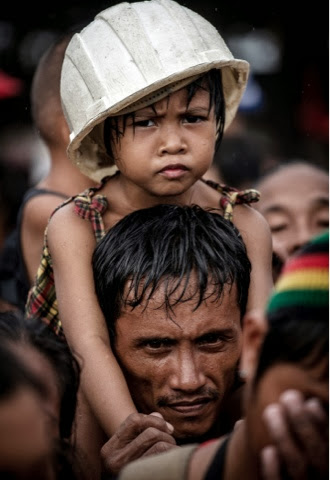