If ye break faith with us who die, we shall not sleep. John McCrae
My hand moves across limestone sourced from an ancient Roman quarry in Croatia, limestone enscribed with the names of 11,285 Canadians killed during World War I, Canadians whose bodies were never recovered or properly buried. C.H. Blackmore. As if using brail, I randomly feel his name. I never knew you, Sir, and never will, I whisper, but thank you. My eyes well with tears and I bow my head to hide the uncontrollable wave of emotion rolling over me. So many names. 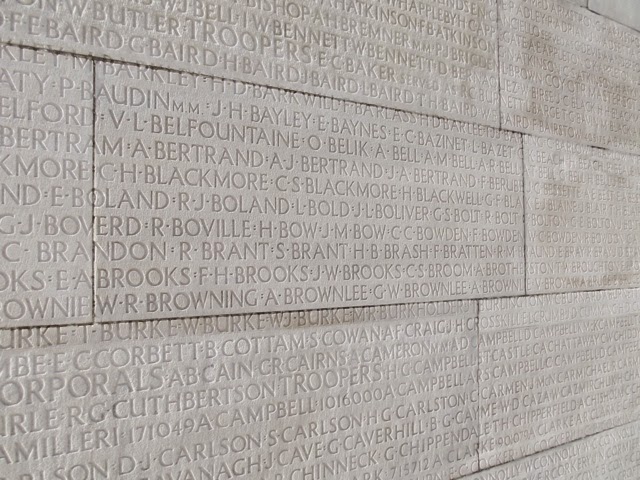 2014 marks the 100th. anniversary of the start of World War I.  In September, to honour the sacrifices made by 60,000 Canadian soldiers, Jim and I, with our friends, Cathy and Dave, journeyed into Normandy from Paris to visit the Canadian Memorial at Vimy Ridge.  Emotionally, it was most definitely not an easy day, but, as a Canadian, it was a trip that I will never regret and a day that I will never forget. France, recognizing the importance of this particular battle to Canada, ceded 225 acres at the top of Vimy Ridge to us for construction of our World War I memorial.  Sculptor Walter Allward's monument towers over the Vimy battlefield where a memorial park now preserves trenches, tunnels and craters. What Veteran's Affairs has created is a profoundly visceral, uniquely Canadian experience. 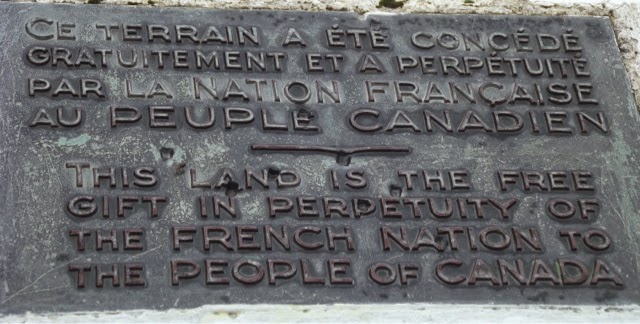 To approach Vimy from Arras is to pass a sea of endless rows of white grave markers undulating in waves across the landscape and seemingly stretching beyond the horizon. Commonwealth, American, French, and German cemeteries all starkly remind the visitor of the human toll claimed by this "war to end all wars".  So many dead.  The war to end all wars, I think. Don't we wish! 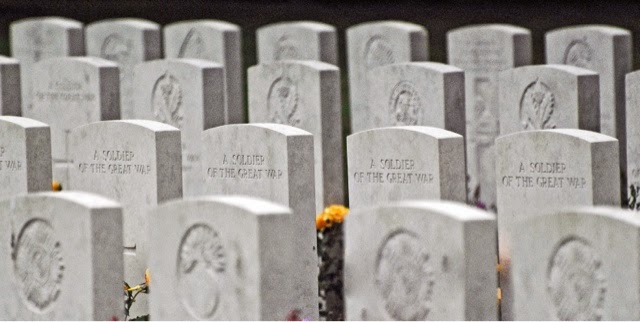 To walk the trenches at Vimy is to evoke visions of the horrific conditions our young men were forced to endure. Nightmarish artillery barrages; the menacing crack of sniper fire; rat-infested, waterlogged, muddy living conditions; lice infestations, infections, gangrene and devastating disfiguring wounds in an era with no antibiotics; the ever present fear of death. Dear god, and this was a war that should never have happened. 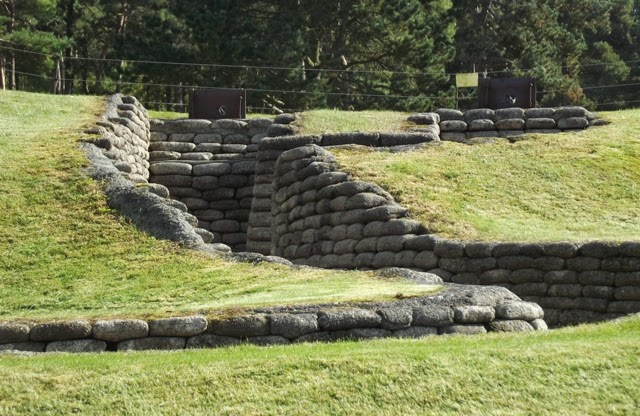 Like heavy makeup on a pockmarked face, the current blanket of thick green grass does little to conceal shell craters and collapsed trench lines in the surrounding terrain.  Add criss-crossing barbed wire and what an apocalyptic wasteland this must have been, this soil on which so many of our young Canadian boys fought and were killed. 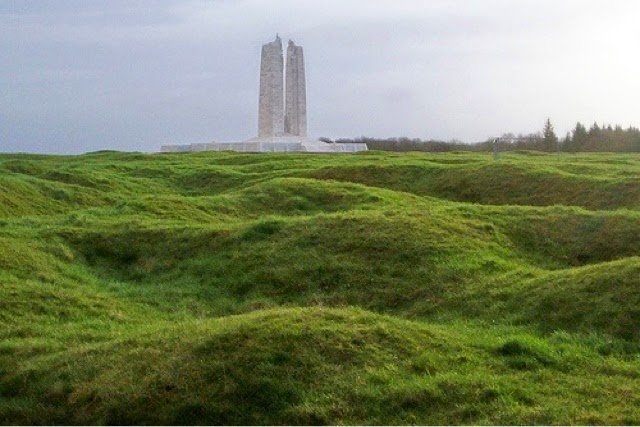 What I was totally unprepared for was the power, intensity and profoundly moving impact of sculptor Walter Allward's stunning monument standing on Hill 45.  The luminous stone structure and figures, carved names of the fallen, and sheer commanding size of the memorial speak volumes.  To the valour of their countrymen in The Great War and in memory of their 60,000 dead this monument is raised by the people of Canada. We will not forget. 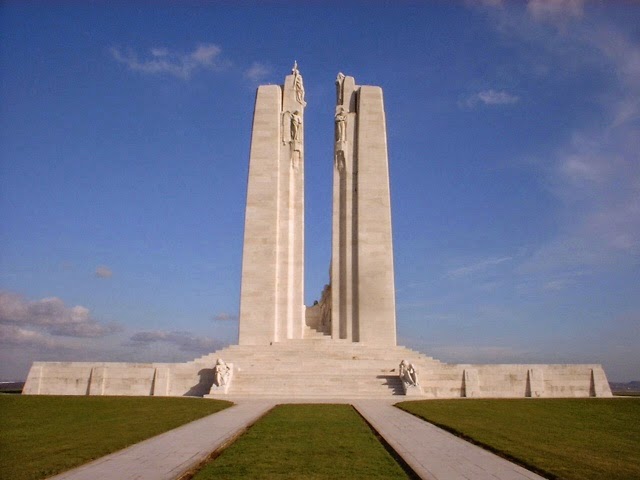 What literally brought me my knees and caused a free fall of tears was the sculpture of a grieving Mother Canada.  Standing apart, all alone at the rear of the monument, she stares down at a fallen Canadian soldier and mourns her loss.  Not a Remembrance Day will pass without this image playing in my memory. 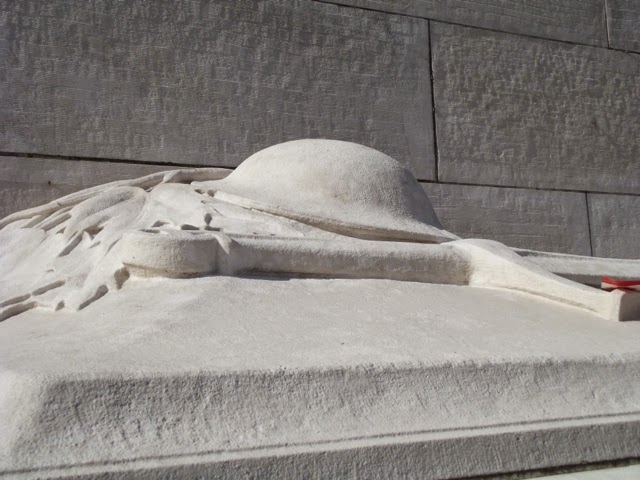 Too many conflicts - World Wars I and II, Korea, Bosnia, Afghanistan, now Iraq. Will the list never end?  Our young men and women have died away from home on the soil of too many countries. Too many families and friends have suffered a great hole in their lives, a void impossible to fill. Such sacrifice should never be forgotten. Wear a poppy in remembrance. Attend a Remembrance Day ceremony if possible. At the very least, at the eleventh hour of the eleventh day in the eleventh month, take a moment to remember and respect.
Posted by Daphne Lockett at 09:56