THE DUKE OF CLARENCE

Until one has loved an animal, a part of one's soul remains unawakened.  (Anatole France)
An adorable ball of fluff, he arrived home in a basket to the oohs, ahhhs and love of us all. 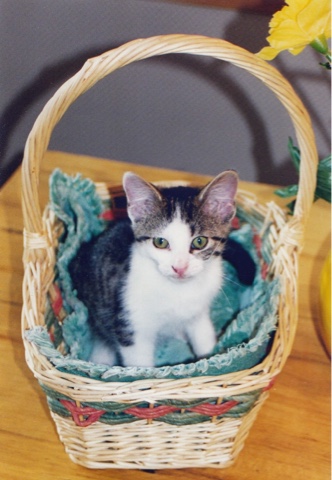 Named for a character in William Shakespeare's Richard lll, a play directed by Christopher at U of W, Clarence matured and actually developed the carriage of a duke. Tall, slender and statuesque, he ruled his household and owned his master's heart. From PhD days at Western through a move to Newfoundland and the ensuing ten plus years, he was Christopher's loyal buddy, his constant companion, and a true character, loved by all who met him. 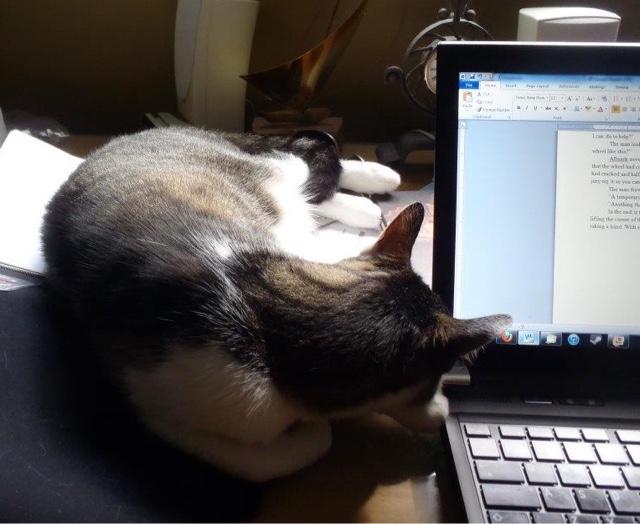 Regal? Yes, but don't be fooled; Clarence was full of piss and vinegar.  With his feline buddy safely stowed in an airline-approved cat carrier, Christopher awaited his Air Canada flight to St. John's when a dog, released by its owner from its cage, began to sniff Clarence's carrier. You don't sniff a duke! A warning cat hiss and startled dog yelp were followed by the extraordinary site of a dog fleeing down the lounge corridor with a rolling cat carrier, powered inside by an infuriated Clarence, in hot pursuit. The indignant dog owner scolded Christopher who could only helplessly laugh at his cat's moxie.
Idiosyncrasies? Doesn't every royal duke have some? Perhaps it was due to St. John's chilling, damp Atlantic winds, but Clarence was addicted to sunbeams. No matter the season, he could be found resting whenever and wherever possible in the sun's warm rays. 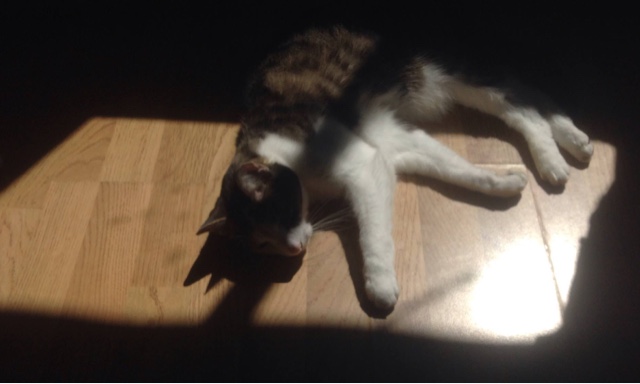 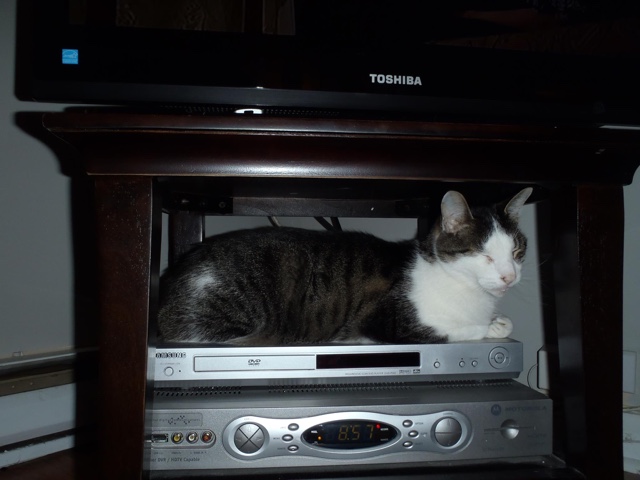 ...and like a king on his balcony, conversing with his loyal subjects, the birds, in springtime. 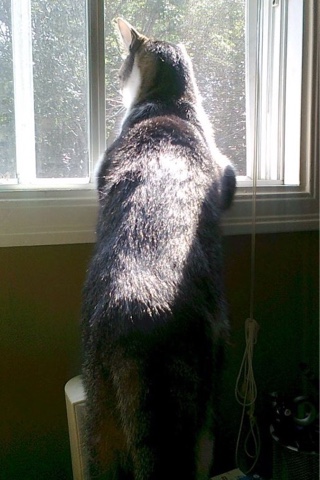 All things 'computer' fascinated Clarence, especially printers. Where does that paper come from? If he could just figure out this dang-ed contraption, perhaps he could assist his master. 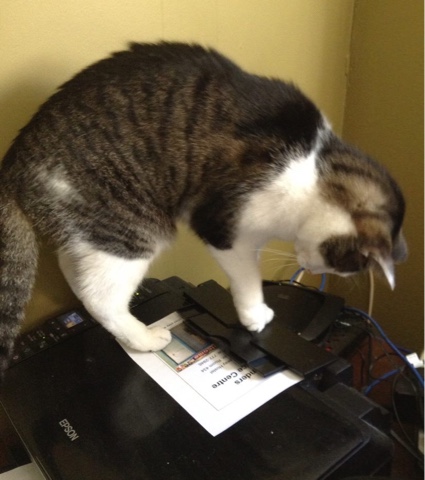 As with all dukes, ritual was an important part of Clarence's regime. His 'morning greeting game' with Kristen was repeated daily and without fail at the bottom of the stairs. Nothing, but nothing brought him comfort like Kristen's coloured blanket. Even near the end, it was his choice resting location. 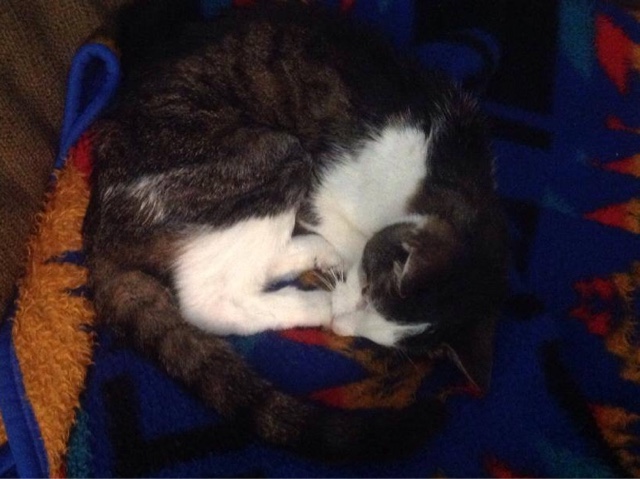 During the past six weeks, Clarence began his losses - loss of weight, loss of energy, loss of mobility, loss of piss and vinegar. Cancer was slowly robbing our duke of his life force until, this evening, in his master's loving arms, Clarence gently slipped away to the land of perpetual sun beams. God's finger touched him and he slept. (Lord Tennyson) Christopher is heart broken and I am reminded again that our pets, who gift us with their unconditional love, are truly family members.
Clarence, you have left your pawprint on our hearts.
Posted by Daphne Lockett at 08:20