I have a feeling, actually I know, that this blog will be extremely unpopular with beer drinkers. So be it! 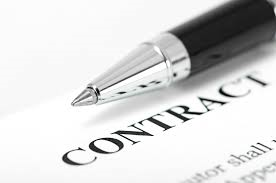 Ensure that your client understands that the contract they have signed is binding. To breach it will lead to penalties,  I taught and was taught. To simplify it, only a breach or misrepresentation by the other party or mutual agreement can lead to the cancellation of a contract without penalty.

The PC-led legislature has just passed legislation to dissolve the Beer Store contract which runs until 2025. Not yet law, the legislation merely awaits royal assent.

I totally agree that this contract is flawed in that it allows the private foreign-owned Beer Store chain, worth $2.5 billion a year, the right to retail most of Ontario's beer. Almost a monopoly, but not legally one! The contract, negotiated in good faith, runs until 2025; the Beer Store owners have neither misrepresented their service nor breached their contract. To rip it (the contract) up could potentially lead to a protracted legal battle and significant damages. And we all know who will ultimately foot that costly bill.

Let the Beer Store contract run until 2025 and then be done with it. I'm happy with that. What I vehemently disagree with is ripping up an existing legal contract and immediately allowing more access to alcohol because of an impulsive election promise. To do so sets a precedent and makes a mockery of contract law.