I'm still suffering from a trace of jet lag, so I may let my photos do most of the speaking today. I will attempt to post them in order of how I refer to them in the blog ....... Well, sorta'.
Jim and I set out this morning for a self-guided (always dangerous!?!) exploration of Old Zurich. Some of what we visited was included in a walking tour, but as usual, much of what we saw happened by accident as we oh so characteristically got lost. Getting lost is easy when one or the other of us says, "Hey! What's down that alley?" and then proceeds, the other partner in tow, to take the detour. My favourite alley detour find was a wonderful little cuckoo clock shop. Each clock was a unique and charming work of art. We stood transfixed.
We walked part of the mile-long Bahnhofstrasse, the pedestrian- and tram-only shopping drag. When will we in Toronto ever figure out that pedestrian-only streets are the way to go? Early Saturday morning and the shops and street were packed with not a car in sight. How refreshing! Jim was in heaven with the plethora of watch shops. Hey, we are in Switzerland; what did you expect? We stopped in Pestalozzi Park dedicated to Johann Heinrich Pestalozzi who very early on promoted education for all, not just the wealthy. Because of sky-high land values, Zurich is not a city of parks so the shade and trees were a welcome respite from a strong early morning sun.
We then detoured on an old boardwalk that ran along the riverside and then steeply climbed (my quads were aching!) in an alleyway to gorgeous Lindenhof, a hilltop square, apparently dating back to Roman times. The views of the city were spectacular!
Grossmunster's two towers are considered 'the' Zurich landmark. And so off to the church we headed. Huldrych Zwingli was a German-speaking Swiss, zealous church reformer. One guide book states that he made Martin Luther look like a milquetoast! Zwingli de-cluttered Swiss churches of all religious artifacts, artwork, and adornments. The guidebook suggests that one sit in a pew and enjoy the strength of the simplicity created. This is where I am struggling. Some will be offended by my next words and for that I apologize. Neither a Catholic nor a Lutheran, I should have no preferences, but must admit that I felt not an ounce of serenity in this stark, cold and forbidding church. Austere, unforgiving and unloving are the first words that pop into my mind. Rather I could envision Zwingli standing in the pulpit violently shaking his enraged finger directly at me and preaching damnation. I much prefer the joyous artwork found in Roman churches where I feel the awe and wonder of a greater power. To my mind, Grossmunster's most beautiful feature was the choir, adorned by three vibrant stained glass windows. They injected life into the rather drab atmosphere. How ironic that these are the work of an Italian Catholic artist. 187 narrow, claustrophobic steps lead to one of the towers from which sweeping views of the city and out over Lake Zurich meet the eye. Quite the climb!
Lake Zurich is 17 miles long, 2.5 miles wide and glacier-fed, resulting in glorious crystal clear, turquoise waters. Yesterday Jim and I hiked a couple of miles along the lakeside promenade. Today was boat day. We hopped on a commuter ferry (Jim refers to it as a 'ferry tram') criss- crossing the northern third of Lake Zurich dropping off and picking up passengers en route. Swimmers and boaters (power, sail and kayak) vie for water space with the ferries. Never have I witnessed a lake more enjoyed by its citizens. Charming little boathouses, swim clubs and marinas dot the shoreline.
Enough is enough. Honestly, as I read this over, I am even boring myself with my writing today. Tonight we are off to Zeughauskeller, a Zurich beer hall situated in a medieval arsenal, for traditional Swiss fare.
Bis morgen......... 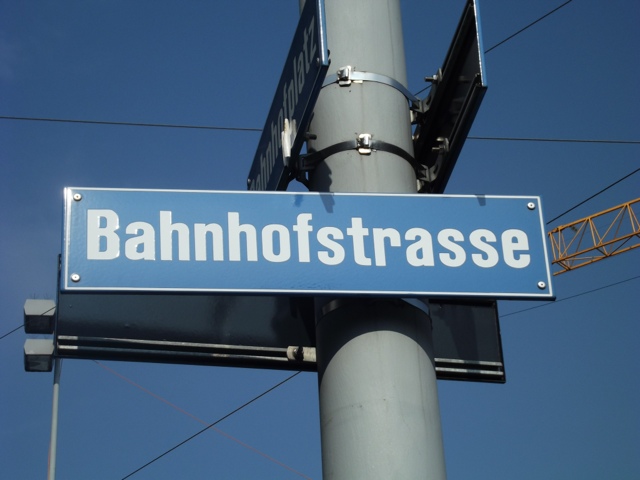 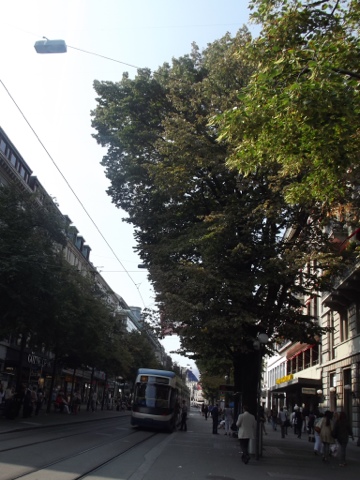 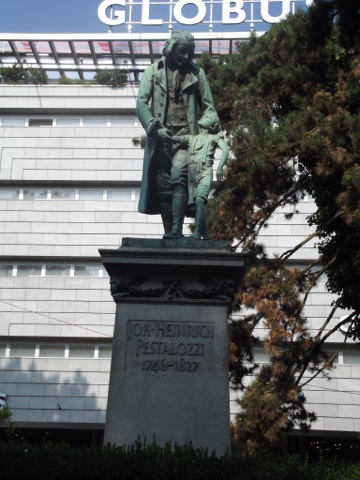 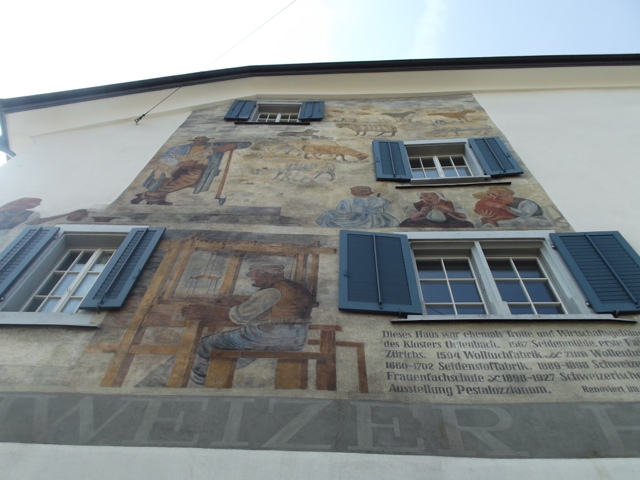 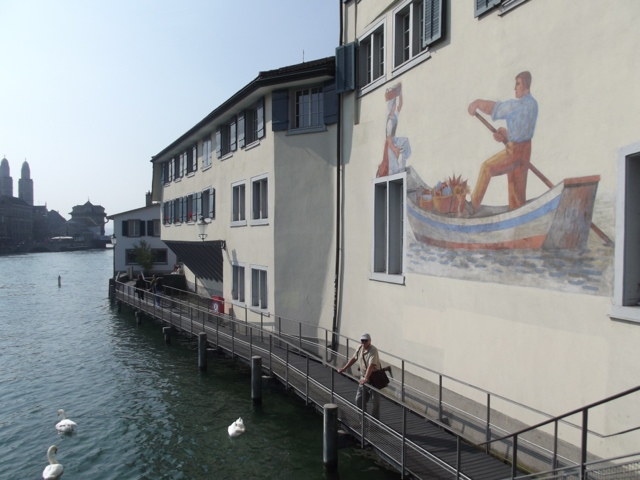 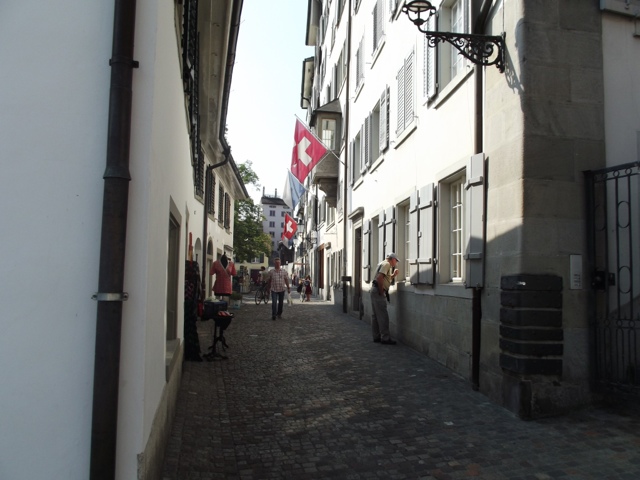 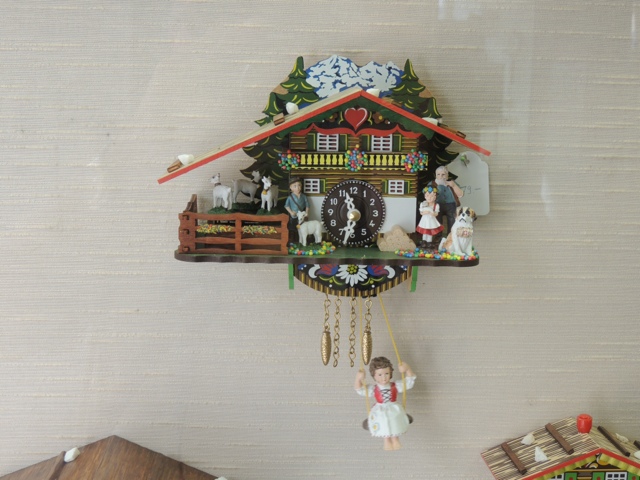 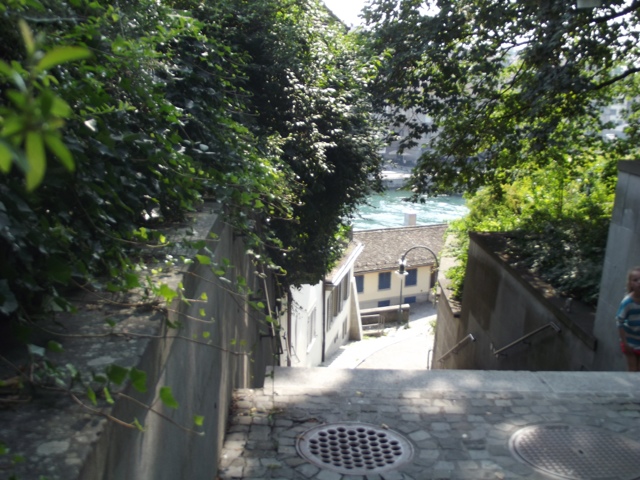 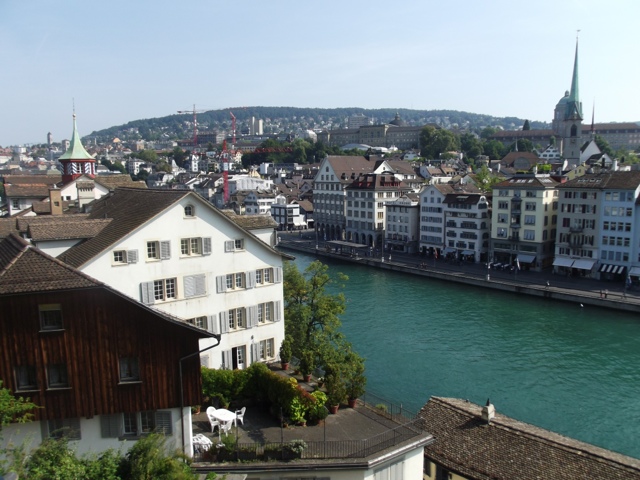 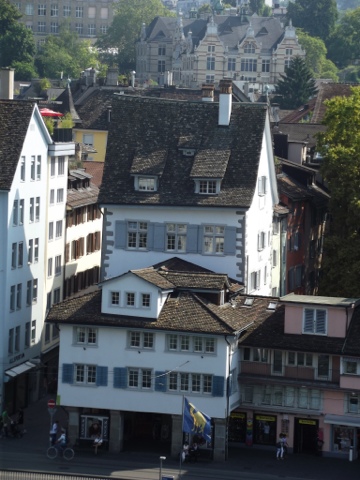 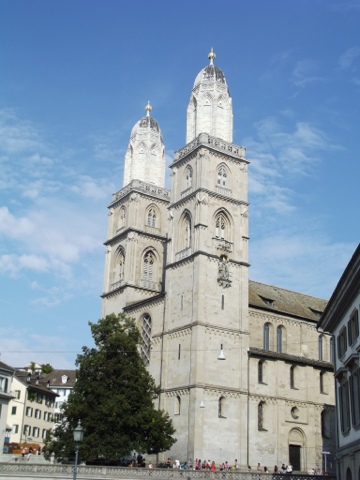 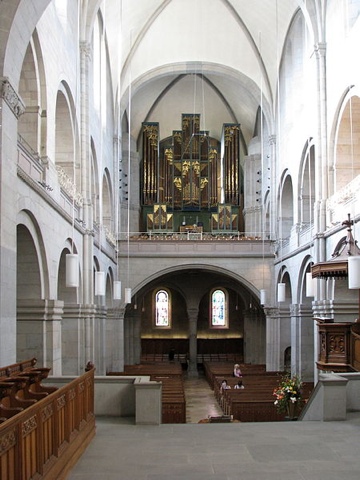 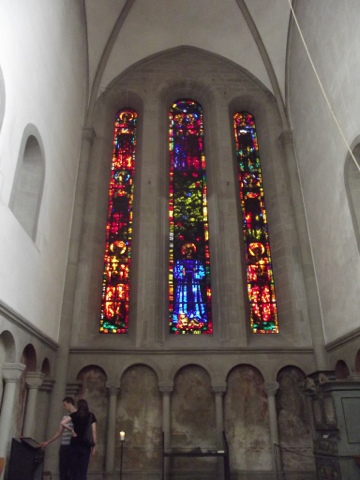 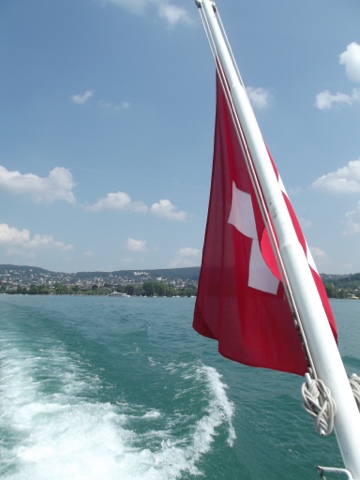 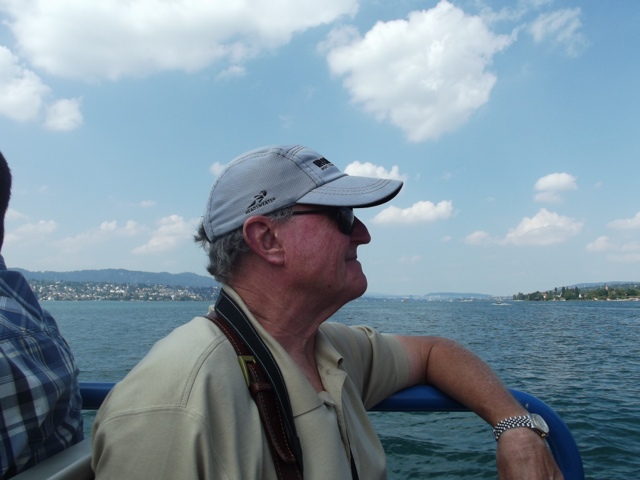 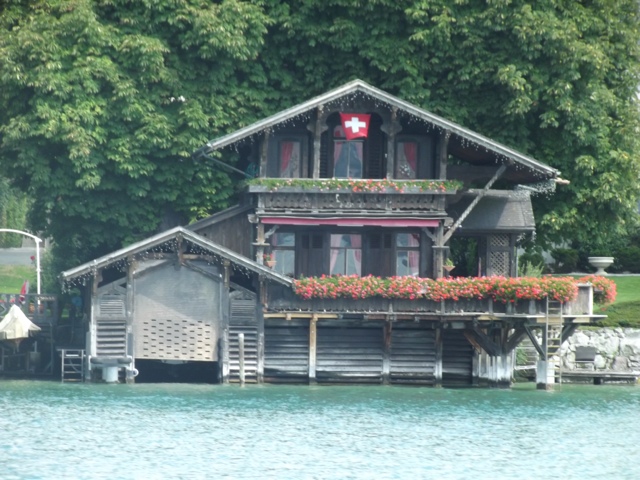 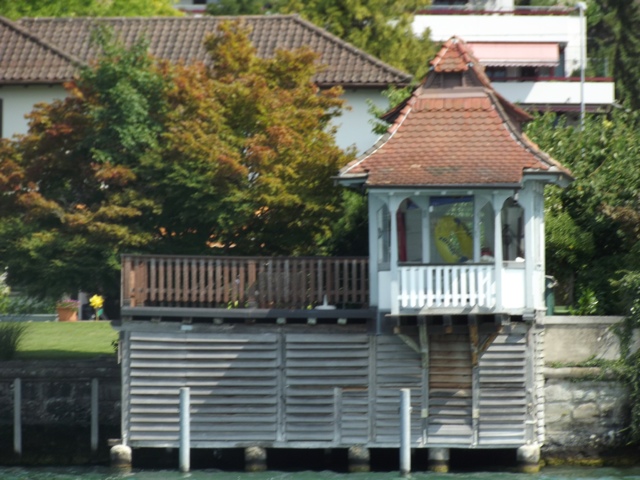 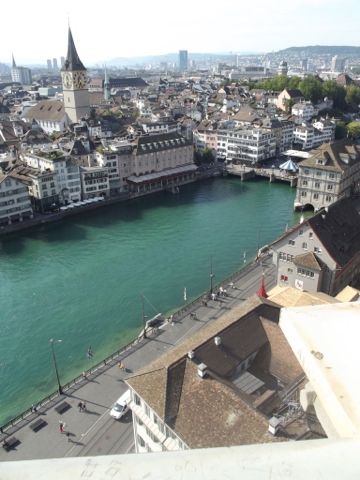 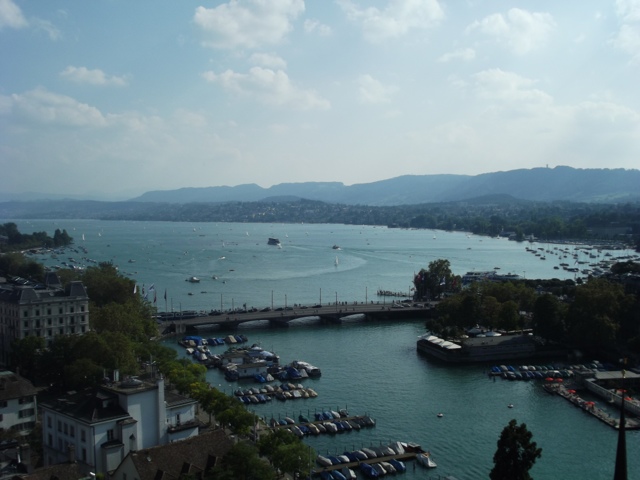