Mist patches clung to every surface reluctantly releasing their hold to the early morning sunrise as another glorious summer's morn slowly revealed itself. All was silent except for the creaking of my wicker chair rocking back and forth, back and forth. Alone, I sipped fresh aromatic coffee, inhaled the fragrant salty air, and tilted my face to the gentle Cape Cod breezes.  The location was the front porch of the Old Sea Pines Inn in Brewster, Massachusetts. Although the year was 1988, I can close my eyes and still today instantly recall that beautiful front porch sittin' moment. 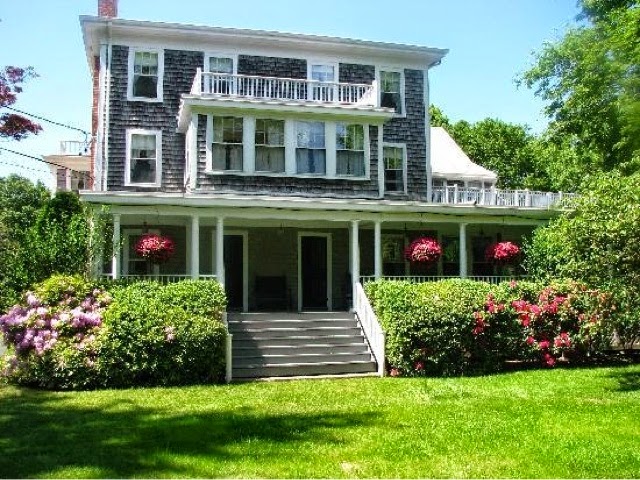 Perhaps this is why I so enjoy my early morning return drive from Uxpool. Without fail, rain or shine, I daily spot two older gentlemen neighbours, sitting on a porch, coffee mugs in hand, chatting up a storm. World politics?  Catching up on yesterday?  Sharing memories?  Who knows?  But front porch sittin' is their morning ritual.  I envy them those moments.
How often have we seen those old degarotype photos of families gathered for a summer's eve on their front porches?  It was not all romantic, I am sure.  Given the lack of air conditioning in that era, they were most likely escaping the heat and humidity of indoors, but with no TV or 'texting', I bet they actually communicated with each other. 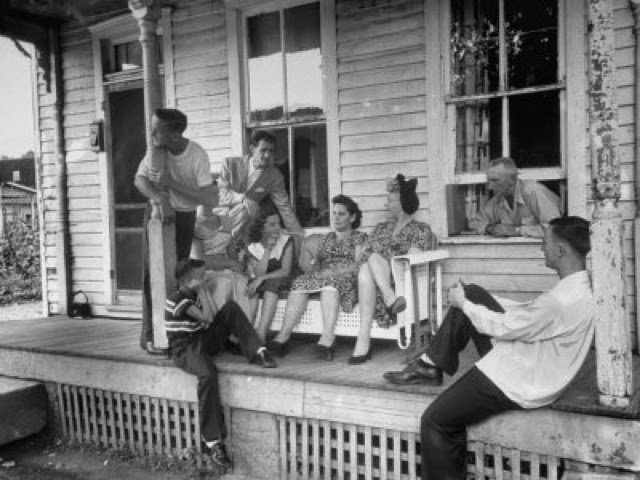 Simpler times, for sure.  As winter waned, chairs, tables and porch swings were dragged outside and made their annual reappearance.  Conversations between neighbours out for an evening stroll and families front porch sittin' were the norm.  Neighbours knew neighbours. Rainy days did not mean a day indoors for children; they simply adjourned to the front porch.  My Mother spoke fondly of rainy days creatively spent on the front porch of her parents' Toronto home.  How many sweethearts, I wonder, were wooed on a porch swing?
And then the beloved front porch all but disappeared.  But why?
For numerous reasons, not the least being provincial planning policy, "intensification" became the municipal town planner's buzz word. Narrower building lots, an auto-centric population, and buyers demanding livable square footage led to what I refer to as the "garage protruding suburb". No architectural room for front porches here! 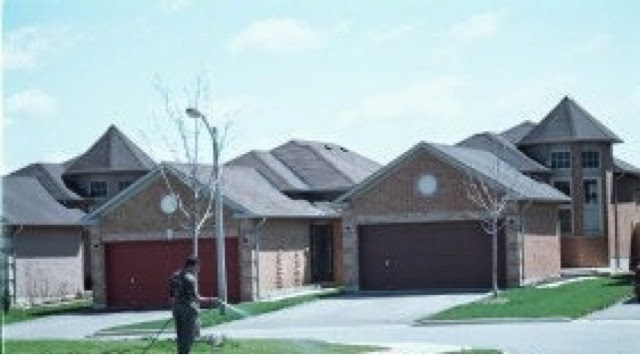 Rear patios and back decks, offering privacy and a place to BBQ, became the norm. Privacy for homeowners returning from stress-filled working lives, became further ensured by the construction of wooden six to eight foot high rear yard fences.  So who now needs a front porch anyways?
Interestingly, town planners have observed two statistically significant and rising phenomena in "garage protruding communities". A neighbour to neighbour disconnect has taken place. Familes nolonger know the people around them.  Social interaction is at an all time low while crime rates are on the rise.  Go figure!  Who is watching?  Who knows whether strangers at the house across the street should be there or not?
Thankfully, old values often prove to be more resilient than one might imagine.  The resurgence of the front porch in modern communities is a welcome example.  In an effort to boost greater interaction within our now more densely populated neighbourhoods, town planners are returning to front porch designs.  Markham's Cornell neighbourhood is a fine example.  Lot lines remain narrow, but garages have been relegated to rear yards with lane access and front porches now grace each home within the development.  Both phases of Cornell have been a raging success. 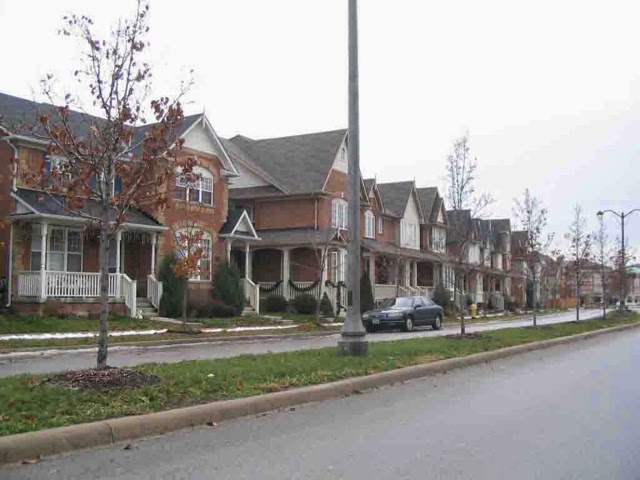 I saw this sign in a Port Perry old sign shop and I love it.  It says it all!  Now, excuse me, but it's time for some personal front porch sittin'. 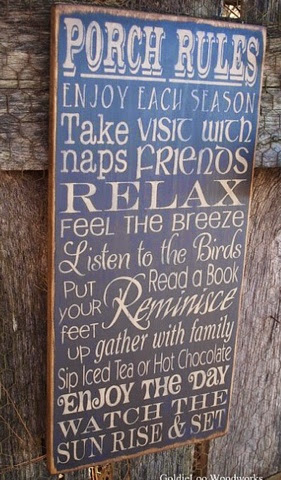