JUST NOT THE ONES FROM TENTS

"In time we hate that which we often fear." William Shakespeare

I know that I am frequently naive, that I enjoy rose-coloured glasses. I love nothing more than to pat my Canada on the back for not being governed by fear and hate as is our neighbour to the south. I congratulate my Canada for its compassion, for understanding that the current refugee crisis is the largest such crisis since World War II. To quote the Mayor of Belluno, Italy, "...a problem that is much bigger than us." I am overwhelmed with relief that my Canada has stepped up. In 1979 we welcomed 60,000 Vietnamese boat people to our shores. One of those boat people is now my dentist and one, my eye doctor. Both are extremely talented men, eager to give back to the community which  welcomed them to Canada and took them in. By February, 2016, we resettled more than 25,000 Syrian refugees, a process which compassionately continues.

That said and in spite of rose-coloured glasses, I am fully aware that the seething fears and hatreds now characterizing America are on simmer in Canada, merely awaiting their chance to boil over. All that is needed is permission to turn up that heat, either from the general public or a Trump-like leader. Kellie Leitch, a Conservative Party leadership hopeful, is sure eager to do so. Rick Mercer frequently warns that Canada is not immune to such fear and hatred. He reminds us that in 1939, fearing German spies on board, we turned back a ship carrying 907 Jewish refugees. Perhaps, I should have titled this blog, "Oh Canada, We Stand On Guard For Thee".

Closer to home, an anti-Islam group blocked entrances to a Toronto masjid during prayer services. And yesterday at little Uxpool, the full reality of this simmering fear, hate and ignorance brought me to my knees in frustration.

Swimmer: I hate that all of these people are being allowed in.
Me (trying to be the voice of reason): Have you met any of our Uxbridge Syrian families?
Swimmer: No! I'm from Port Perry and we have THEM there, too.
Me: And?
Swimmer: One is a lawyer. Okay, I guess. Just don't let the ones from the tents in. It's disgusting.
Me (now biting my tongue): I think if you spoke to your lawyer refugee, you would discover that he
lived in a tent. One of our young refugee families gave birth to their son in a tent. (Now with a slight edge to my voice). By the way, she is a medical doctor and he, an accountant.
Swimmer under her breath: They're disgusting. 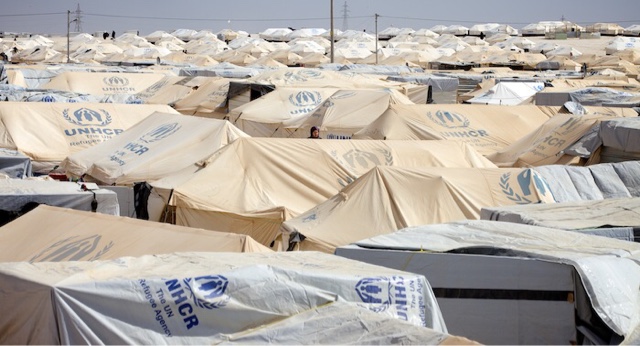 Dear God! Remind me to contact the United Nations Refugee Agency and Canadian Government screeners; they should be told to just interview refugees residing in luxury hotels. Tongue bleeding, I actually cried in utter frustration while driving home.

I was taught to face my fears. Jump in that deep water. Knock on that door. Speak to that audience. How I wish that, rather that sitting on the sidelines simmering with fear and hate, these Canadians would take the opportunity to meet just one of our recent refugees. Hear their heartbreaking story. Feel their excitement about their second chance at a new life. I'm betting that views would change.

Our government has led the way. Let us show some compassion.