"Surmounting difficulty is the crucible that forms character." Tony Robbins

In January, 2005, Jim underwent knee replacement surgery. Six months later, relatively pain free and in great shape, he was climbing 'munroes' with me in Glencoe, Scotland. Thus in June, 2014, when hip replacement surgery was recommended, Jim had no qualms. Same hospital, same surgeon, a surgery considered not as extreme as knee replacement.....what could possibly go wrong?

"That's not right,"commented our very observant physiotherapist friend Cathy when she and her husband David visited Jim the day after his surgery. What Cathy had noted was that Jim's right foot on his affected leg lay on his hospital bed at ninety degrees to his left foot. Using a pillow, she immediately propped the foot up to vertical. That would be Clue #1. Oh, Cathy, we should have listened then!

A year later, strolling the beach at their cottage, Cathy nodded towards Jim who was walking ahead with David. "Something is definitely wrong, Daf; his stride is totally off. He needs to go back to his surgeon." Jim now walked with his right foot at a forty-five degree angle to his left. That would be Clue #2.

Clue #3? Despite extensive therapy and ongoing corrective exercises, the tendency of Jim's right foot to remain now at ninety degrees to his left plus his discomfort and pain when tempting to pull it in parallel to his other foot, increased. Then the tripping began. After a bad fall in Newfoundland and two severe stumbles at home, Jim reverted to using a cane, but now his hip discomfort and pain became constant and grew in intensity. A solid night's sleep was a rare luxury for him.

Historically, a ninja was a skilled fighter in feudal Japan. Modern vernacular designates anyone who survives a treacherous obstacle course in life as a ninja. To me, Jim has earned the title. Yes, he worried and yes, he complained about his discomfort. Did he beg his doctor for pain killers? Did he stop living? Did he sit in a easy chair at home, using his condition as an excuse. No! No! No! During the three years since his disastrous surgery, Jim has refused to stop living; he has refused to limit himself. 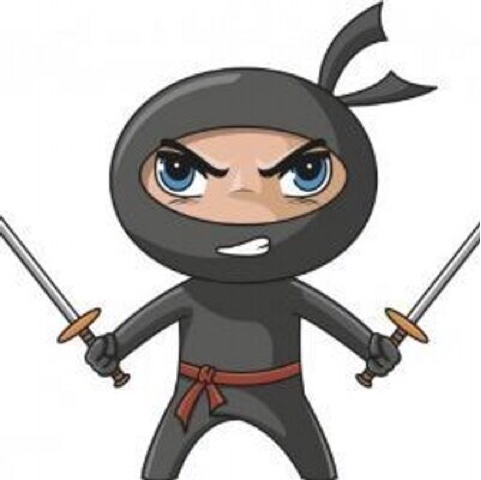 Walk down the road with your right foot at a ninety-degree angle to your left and imagine your hip burning with pain. Come on. I dare you. Now in that condition, walk the streets of Paris for eight days straight, never resorting to transportation. Better yet hike both coasts of Newfoundland like that. Have you seen those trails? Don't forget to climb the stairs and treacherous rocky trail to Brimstone Head on Fogo Island. Then let your spouse talk you into three weeks of walking and hiking in southern Italy. Oh, don't forget to suggest that, in that condition, you climb every tower/campanile in sight. 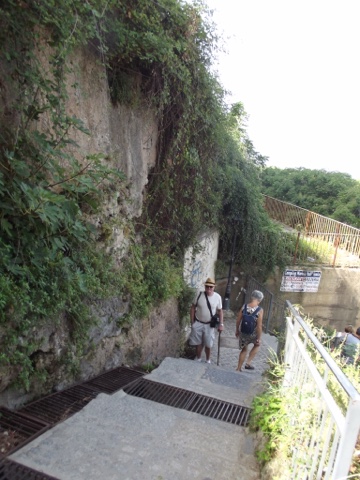 At home, clear the driveway and paths of snow. Oh, while you are at it, help others on the cul-de-sac. Put out the garbage, work in the gardens, mow the lawn, rake and remove the leaves and, best of all, lay new hardwood floors. Yes, I said lay hardwood floors! If you want to head into town for a movie, evening out, parade, whatever, insist on walking!

On Monday, Jim will finally undergo corrective surgery at Sunnybrook in what will be a lengthy operation. Recovery, too, we have been warned, will present its challenges, but nothing that my Ninja cannot surmount with 'parallel feet' as his goal.

I salute you Ninja Jim. I love you. By example, you have taught me the truth to Nelson Mandel's words, "It only seems impossible until it's done".