CAN WE ALL JUST TAKE A CHILL PILL

As a child, no boogie-man threatened me from the corners of my room nor did a monster reside under my bed. I was not even conscious of nightmares disturbing my sleep until I was around twelve years of age, but by then those dreams haunted even my daytime thoughts. It was the era of a heated up Cold War, NATO versus the Soviet Union, and the Cuban Missile Crisis. It was the era in which we worried that a leader's hair trigger madness could launch nuclear armageddon. And it was the era of air raid siren testing and war preparedness rehearsals in school classrooms. Not surprisingly my fertile adolescent imagination became haunted by horrific dreams of war. A recurring night terror found me alone, unable to find to my family as air raid sirens screamed and bombers thundered overhead. With over 10,000 nuclear weapons worldwide and current international conflicts, I can only wonder how my youthful mind would have reacted today. 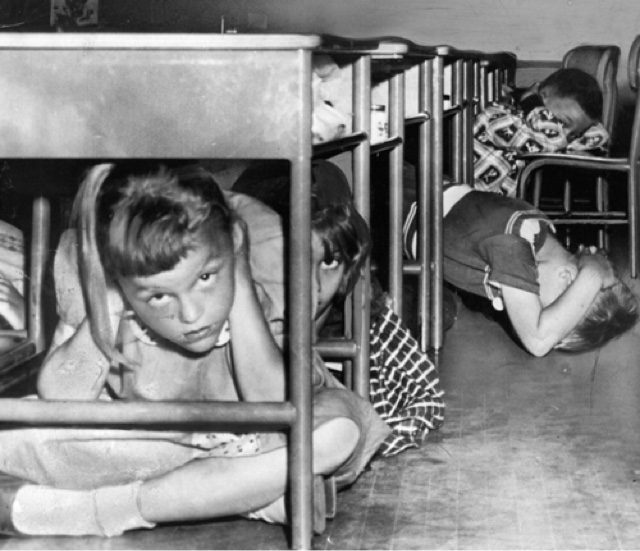 Assad of Russian-backed Syria dropped sarin-based chemical bombs from war planes on his own citizens. Forever seared onto my brain cells are the horrific images of children gasping for air, foaming at the mouth, choking and writhing. What monster perpetrates such a crime, especially in full knowledge that innocent children will die horrible deaths? Justifiably, our world was outraged. Without any long-range policy in place and against all of his election rhetoric on not allowing the U.S. to remain international policeman, Trump launched a missile strike against the offending Syrian airfield. Now heavily armed U.S. and Russian destroyers patrol the Mediterranean and not in a friendly alliance. What is that old international relations rule about the danger of two opposing super powers filling the same vacuum?

The bombing of the Syrian air base was followed soon after by the dropping of an MOAB in Afghanistan against ISIS. The MOAB, nicknamed by U.S. Forces " The Mother of All Bombs", is the most powerful non-nuclear ordinance used thus far in combat. Its mushroom cloud is visible for 20 miles. At 30 feet in length, weighing in at 21,000 pounds and with 11 tons of pure TNT, the MOAB allowed Trump to live up to his election promise to "bomb the shit out of ISIS". I am not opposed to ridding our world of ISIS, but here's the crunch. Not to be outdone, the Russians announced that they have created "The Father of All Bombs" with 44 tons of pure TNT. Wow! That must be some mushroom cloud! Oh goody, a non-nuclear arms race.

And we mustn't forget the seriously unbalanced leader of North Korea, Kim Jong Un, who with nuclear power, has announced that he will test long range missiles weekly. Trump has ordered a naval strike group to move into position near the Korean Penninsula. Into the vacuum.......you get it! Russian and Chinese ships have now moved into place to shadow American ships. Dear God!

Does anyone else feel that our world is again like a chess board gone mad? I just want to scream at the offenders, STOP! CAN WE ALL JUST TAKE A CHILL PILL. Remember. This isn't a game. We are talking the survival of mankind. 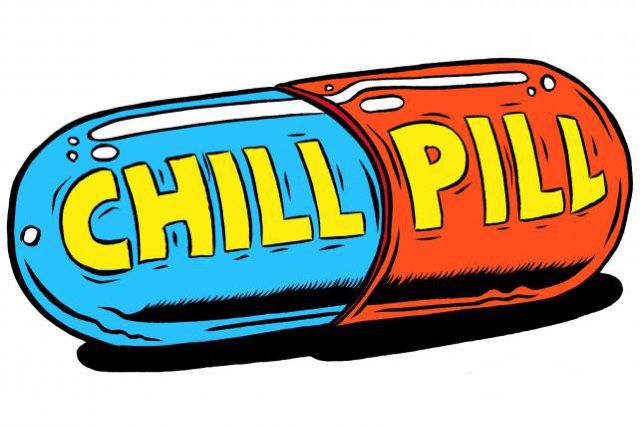