A HEARTWARMING TALE OF COMPASSION

In desperation, he twisted and turned, attempting to extract his trapped leg. Sapped of energy, over time his efforts weakened. In distress, his mother's high pitched, heart piercing piping sounds increased in intensity. With an evening forecast of high winds and heavy thunder storms, the situation had become dire.

The AEF (American Eagle Foundation) maintains a series of live nest cams across the U.S. Viewed by thousands of followers worldwide are Washington D.C.'S National Arboretum two cams set up in the nest of bald eagle parents, Mr. President and The First Lady and their two, yet to be named eaglets, DC4 and DC5. (www.dceaglecam.com) For many who follow their development from chicks to fledglings, these eaglets become like adopted children. 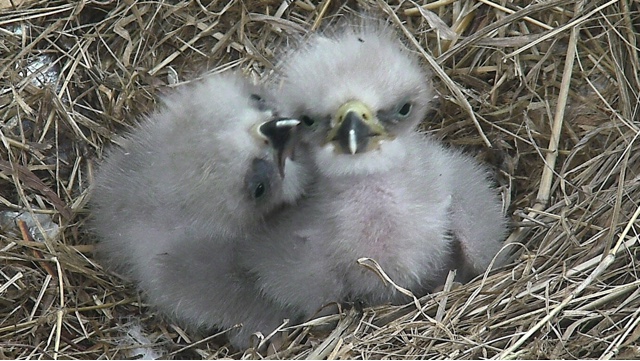 During the early evening of April 20, as he ventured to the edge of his nest, DC4's right leg became lodged in a hole in the stick rails. Watching the drama unfold were thousands of distressed viewers who began contacting the AEF in unprecedented numbers. So overwhelming was the outpouring of concern for the flailing eaglet that the AEF posted online, "Thank you for the phone calls and emails alerting us to the stuck eaglet in D.C. We are aware and monitoring the situation. We will update as we can". 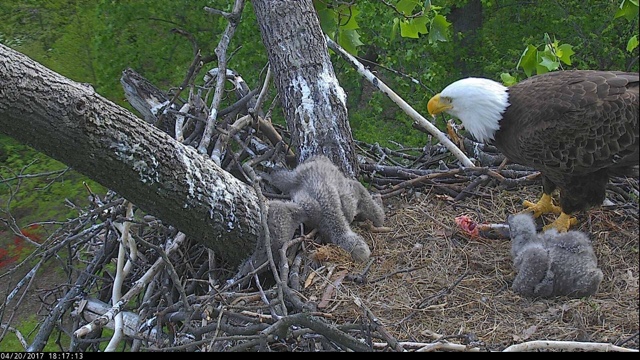 Three organizations, the AEF, U.S. Fish and Wildlife Sevice, and the National Arboretum, in evaluating the situation, determined that the best course of action would be to rescue the eaglet and have him checked out for injuries. An eagle with a badly injured leg would never be able to survive in the wild. Racing the severe incoming weather, Matt Morrison, a professional arborist, climbed 80 feet to the now heavily swaying nest and freed little DC4. In radio contact with a veterinarian, Mr. Morrison reported that DC4's leg exhibited abrasions and swelling. It was decided to bring the eaglet down to the Maryland Zoo for blood work, X-rays and a total check. The ultimate hope was to return DC4 quickly to his parents and home. 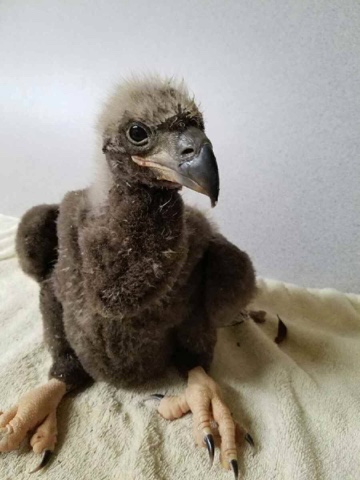 What followed next could not have been written any better. DC4 passed his physical and on April 21st, just 24 hours later, our hero rescuer re-ascended to the 80-foot high nest, announced that "the eagle has landed" and released DC4 to his home.  Before descending, Matt Morrison bent forward, kissed DC4 on the head and.... 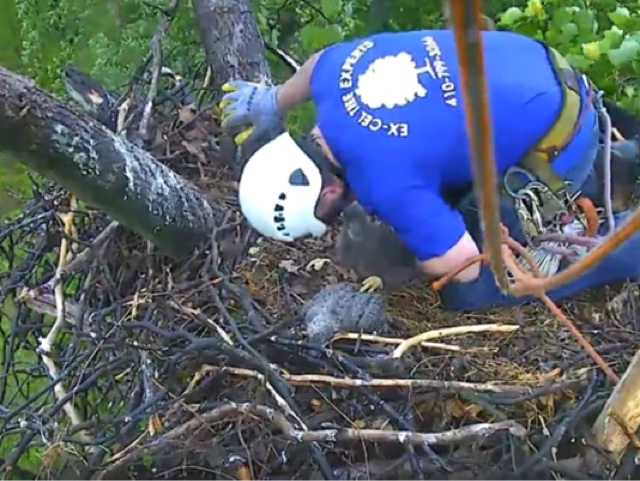 .... as he began his descent, shook his finger at our little eaglet warning him to "stay away from the nest's edge". 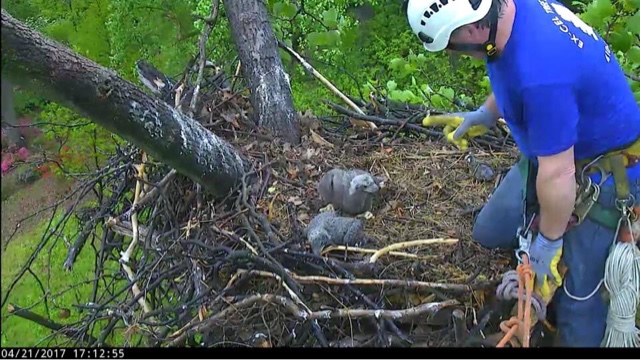 To cap the happy ending, anyone watching the cam that night would have had to smile at DC4 and DC5 as they slept. 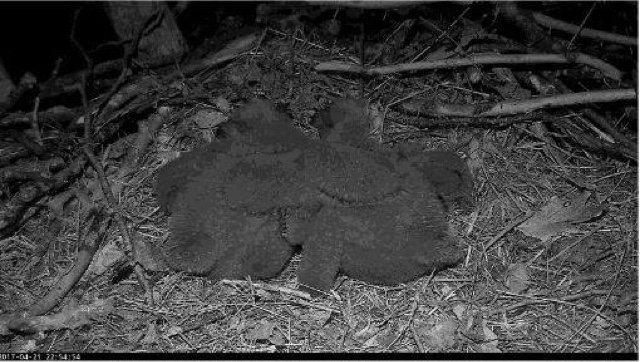 One cannot help but be warmed by the love, caring and compassion that took place over these two days. Oh, that we could spread this kindness and goodwill everywhere.