(The Battle to Preserve)
By August, 1943, fascist Benito Mussolini had fallen. Allied forces, determined to persuade the Badoglio government to surrender, ordered heavy, ongoing and simultaneous bombing of Italy’s industrial triangle - Milan, Genoa and Turin. On the night of August 14, 1943, over 134 Lancaster bombers took off from bases in England, their mission to pummel Milan with over 400 tons of bombs.
600 Milanese buildings were destroyed in this single early morning raid. One of these structures, the Monastery of Santa Maria Grazie, was reduced to rubble; the roof caved in, the cloister collapsed and entire walls were blown out. Miraculously, standing in the debris were three walls in the refectory. The importance? One of the walls, improbably still standing in the wreckage, was Leonardo da Vinci’s The Last Supper. What likely saved this precious masterpiece? In an effort to protect their heritage amidst bombing raids, ordinary citizens had carefully covered the fresco with sandbags and scaffolding. 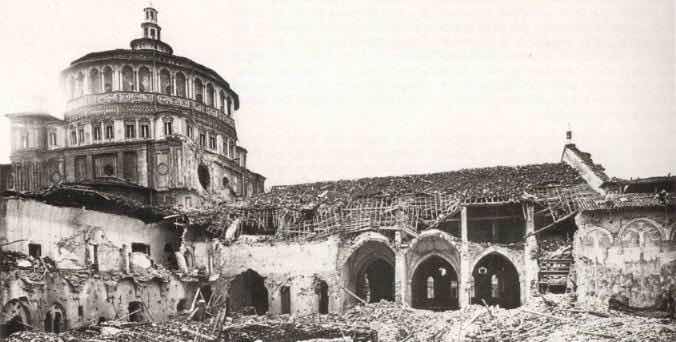 World War II was not the first armed conflict to threaten what is one of the world’s most famous paintings. During the Napoleonic Wars, bored soldiers who had been bunked in Santa Maria delle Grazie used The Last Supper for target practice with Jesus’ face as the bullseye. I can only shake my head.
2019 will mark the 500th anniversary of da Vinci’s death and over 500 years of Italy’s unending battle to preserve The Last Supper.
A mere six years after Leonardo completed his masterpiece, deterioration began. During the Renaissance, it was common to paint directly onto the walls of buildings. Sadly however, da Vinci was not trained in traditional fresco techniques. So poor was his choice of materials that the humid conditions of the convent resulted in almost instant deterioration. Humidity has been one of the prime enemies of this glorious fresco. Over the years the fresco room has flooded and was unbelievably even once used as a stable.
Modern day pollution has also wreaked havoc with the masterpiece, so much so that the Italian government installed a sophisticated heating, ventilation and air conditioning system to protect the fresco from the polluted air of Milan.
We as tourists, eager to view The Last Supper, are also a source of soiling. To minimize the humidity and pollution we bring in on our clothes and bodies, only 30 tourists at a time are allowed in for a 15 minute visit. Art lovers are herded between several rooms to dehumidify while a series of doors close behind them and others open in front of them. A new state of the art air filtration system will be installed and active by 2019.
It took 21 years, but a restoration project, completed in 1999, peeled away centuries of poor touch-ups and the ravages of pollution and humidity.
Before Restoration:

Today Jim and I passed through the final door leading out of the series of dehumidification rooms, took a step, turned to the right.......and there it was, the only colour in a whitewashed room......Leonardo da Vinci’s The Last Supper. My long standing wish had come true! For 15 minutes our minds and hearts devoured its beauty, artistry, complexity and the psychological drama as Jesus says, One of you will betray me. 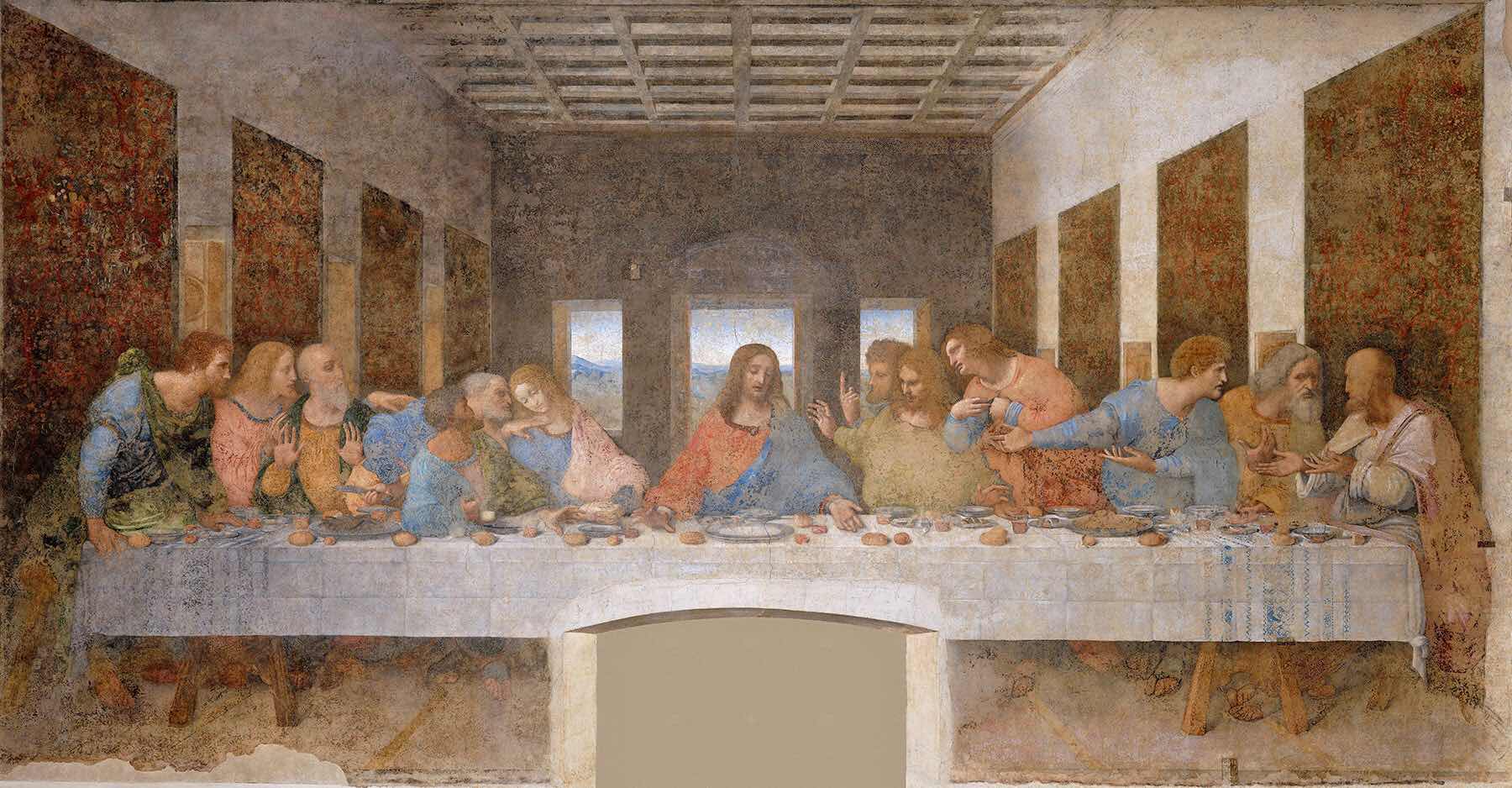 Exiting the refectory, I thought about the privilege Jim and I had just enjoyed. Mostly though, my heart filled with gratitude and respect for ordinary Italian citizens and their government who over the years, over the centuries actually, have passionately and tirelessly battled war damage, humidity, pollution and poor workmanship to preserve their treasure for future generations.
La bellezza perisce nelle vita, ma e immortale nell’arte. ( Beauty perishes in life, but is immortal in art. ) ~ Leonardo da Vinci
Posted by Daphne Lockett at 08:53