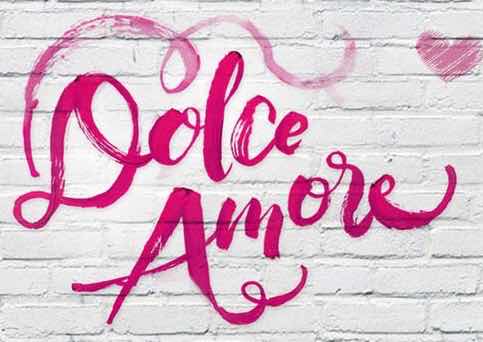 I confess that it was love at first sight. Sorry Jim, but how could I not fall passionately in love. So colourful, so smooth, but exhibiting an attractive coolness and intensity at the same time. Wow! Exactly what an amore Italiano should be. Sigh! Swoon! (Swoon?) I now feel obliged to admit that this Italian love of mine began many years ago in romantic Roma and has increased in intensity with every trip to Italy. Now you know why we continue to return. On each visit, I learn more about mia amore, a love affair which has truly transformed me
Si! Yes! Mia dolce amore Italiano has transformed me ..... converted me from an ice cream lover to a gelato lover. My passionate sweet Italian love is gelato.
At first attracted to the rainbow of vibrant swirled gelato colours, I was dismayed to learn that such displays are meant to attract children. Hmmm? I fell embarrassingly into that category. I further discovered that many such bright gelato displays are frequently made from mixes, not fresh ingredients. I learned not to feast at these huge touristy displays, but to wander the backstreets in search of smaller gelaterias displaying muted natural colours. Think of it. Banana is a very pale yellow, not garish gold. These artisan gelaterias use locally sourced ingredients, natural flavours and no artificial colours.

I learned that gelaterias who keep their flavours in stainless steel tubs rather that in the standard swirling displays, wish to keep their handcrafted frozen delights stored until someone orders a specific flavour. Thus the fresh ingredients are kept exactly that way.....fresh! 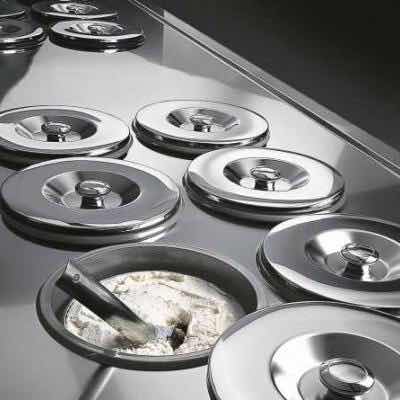 I have been known to argue that gelato crafters use stronger flavours. Wrong again, Daphne. North American ice cream has a higher butterfat content which makes its texture very rich. Here’s the issue. Butterfat actually coats your tongue, dulling your taste buds. Who knew? I have learned that without my taste buds being coated, I can more fully experience gelato’s flavour intensity.
Gelato is made with more milk, less cream, and often egg yolks; less air is added. Well, you say, without the butterfat, gelato has to be less smooth. Not so. Gelato, served at a slightly higher temperature than ice cream, is famous for its creamy luxury.
And flavours? Whatever you can imagine has likely been crafted. In Tropea, Calabria, Jim fell in love with the local nduja, a spicy pork salami. Gelato Tonino’s specializes in unique flavours. In spite of my exaggerated grimaces, Jim enjoyed an nduja gelato. My Italian hairdresser, Tony, recommends hot red pepper gelato. Whatever, you guys.....think I’ll stick to the sweeter varieties. 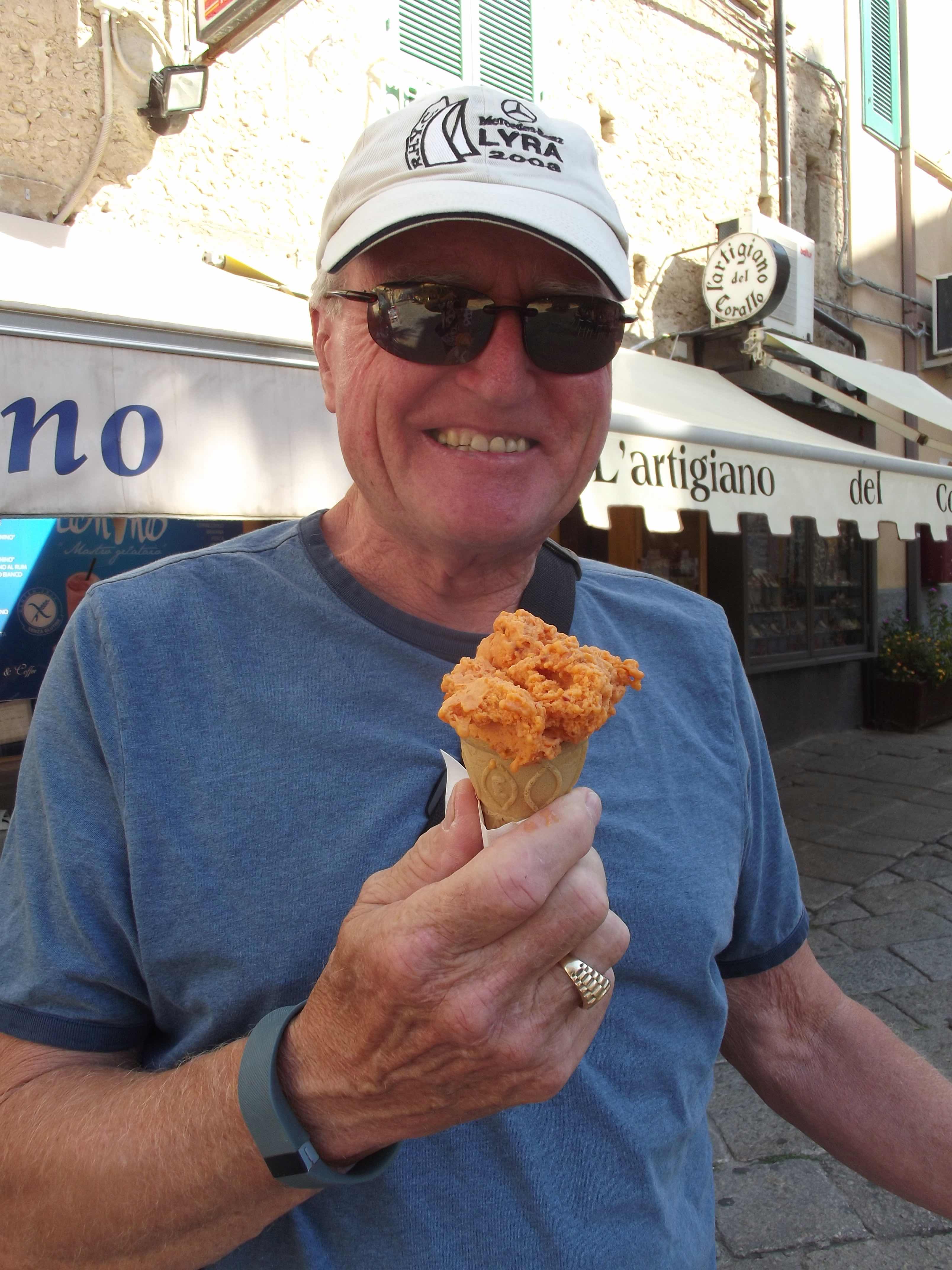 So have I sold you on my passion yet? Maybe? Well, the best has been saved for last. I have learned that in Italy until you find the flavour you like, it is perfectly acceptable to ask for un assaggio...a taste! Whoa! I’m all for that!
Okay, all this writing about gelato has set my taste buds humming. It is early morning, Jim is asleep and I write, but perhaps it is time for a stroll around the corner to the local gelateria. For breakfast?? Now that’s amore. 😉
Posted by Daphne Lockett at 23:30