Christmas isn't a season. It's a feeling. Edna Ferber 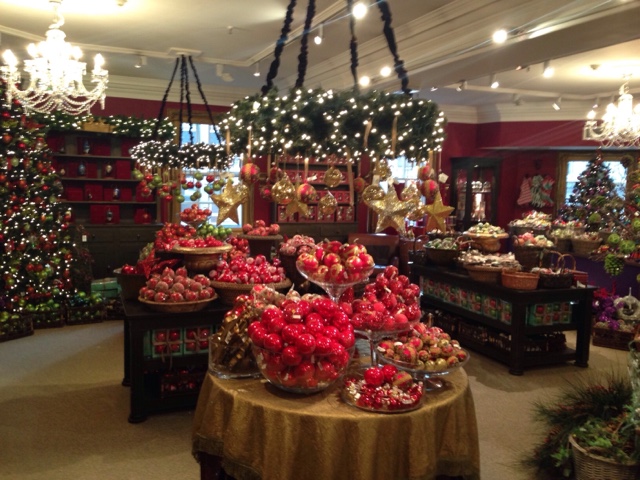 I am an admitted Christmas-holic and proud of it. I over-decorate, over-shop, over-wrap and over-play Christmas music. Oh, did I mention my love of Christmas themed movies? This addiction, directly inherited from my Mother, who was equally obsessed with our December holiday, is thankfully shared by my husband. I hate to imagine our life together if it weren't. So pathetic am I that our son, Matthew, posted a t-shirt on Facebook that he thought would suit me: 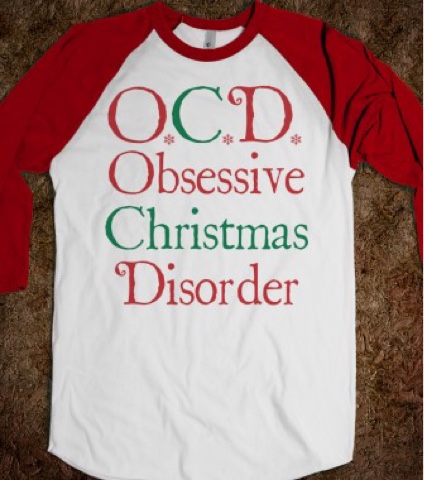 Ha! Ha! Very amusing! If it weren't so appropriate, I could feign upset.
All of this said, I am not exactly a huge fan of retail Christmas displays popping up immediately following Halloween and now egad, even before. It has always seemed too early. Can't we please have a few days of rest between ghoulish delights and cheery Christmas decorations? 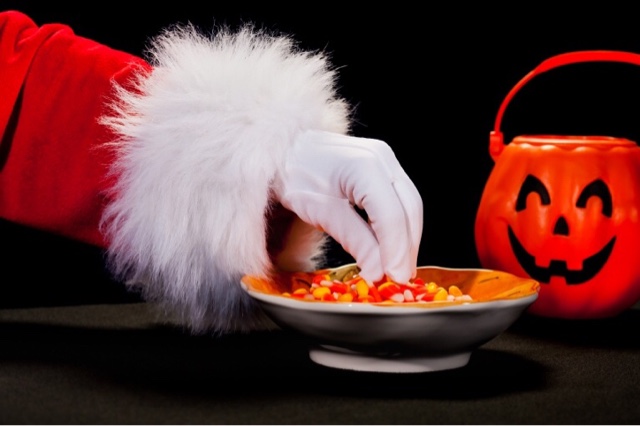 Jim's personal rule has been no Christmas music until December 1st. As a family, we have indulged him on this, although Christopher, Matthew and I have irrefutable evidence that he breaks his own rule. What are those empty Christmas CD holders in his car all about anyways? Just askin'.
An increasingly vocal school of thought states that it would be more tasteful if retailers held off on the festive cheer until November 12th, the day following Remembrance Day. However, an equally growing voice of veterans argue that Christmas decorations and Remembrance Day are two separate issues; as veterans, they are not insulted by the early retail displays. 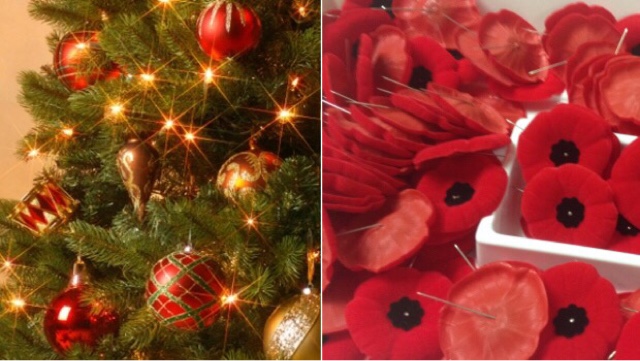 Like a reformed addict avoiding temptation, I annually decry the early Christmas displays and valiantly attempt to hold off being lured in by them. Not until the Santa Claus Parade, I order myself. But oh, those colourful decorations, the seasonal warmth and hummably familiar carols are ultimately my undoing. Well, how can a peek hurt me? I think.Then the Christmas spirit invades all of my senses and I am a goner again.
My name is Daphne Lockett; I am a Christmas-holic and yesterday I gave into my addiction......already!
Posted by Daphne Lockett at 09:45