If they weren’t so large, I would bring one home. Teddy bear-huggable with their shaggy hairstyles, giant eyes peaking out from behind lengthy bangs, curvy horns and docile friendly nature, the Highland Cow aka Heilan Coo aka Bo Ghaidhealch (Scottish Gaelic) is an intrinsic part of Scottish culture and globally recognizable as such. 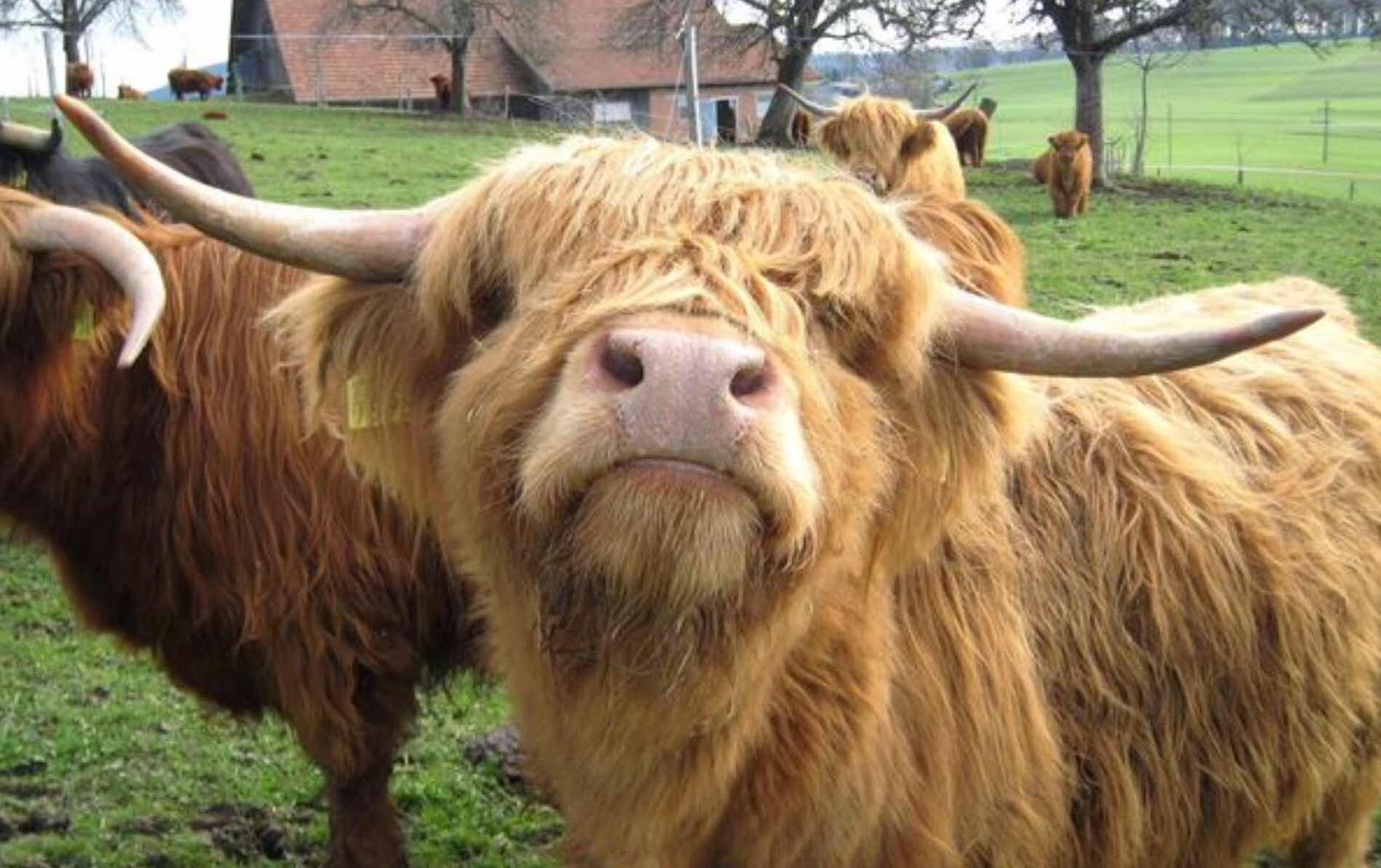 Be it the thistle, bagpipe, wee dram or kilt and tartan, I am sure everyone has their favourite symbol of Scotland. For me it will always be the Heilan Coo. It was love at first sight.
I still remember, during a stay on the Isle of Mull, when Jim and I stopped at fenced-off acreage to take photos of a herd of Highland Cattle. As one of these fearsome (?) horned cattle rushed towards us at the edge of the fence, in a comedy of errors, Jim and I literally tripped over each other attempting to save our lives and reach our car. It wasn’t until later that we learned Heilan Coo are gentle, highly intelligent and mild tempered. Upon hearing the supposed near-death tale, our Mull hosts, after they stopped laughing, explained that these adorable giants frequently approach people demanding their attention, especially if the cattle have experienced previous interactions with adoring tourists. Highland Cows are renowned for their friendly nature. Who knew? 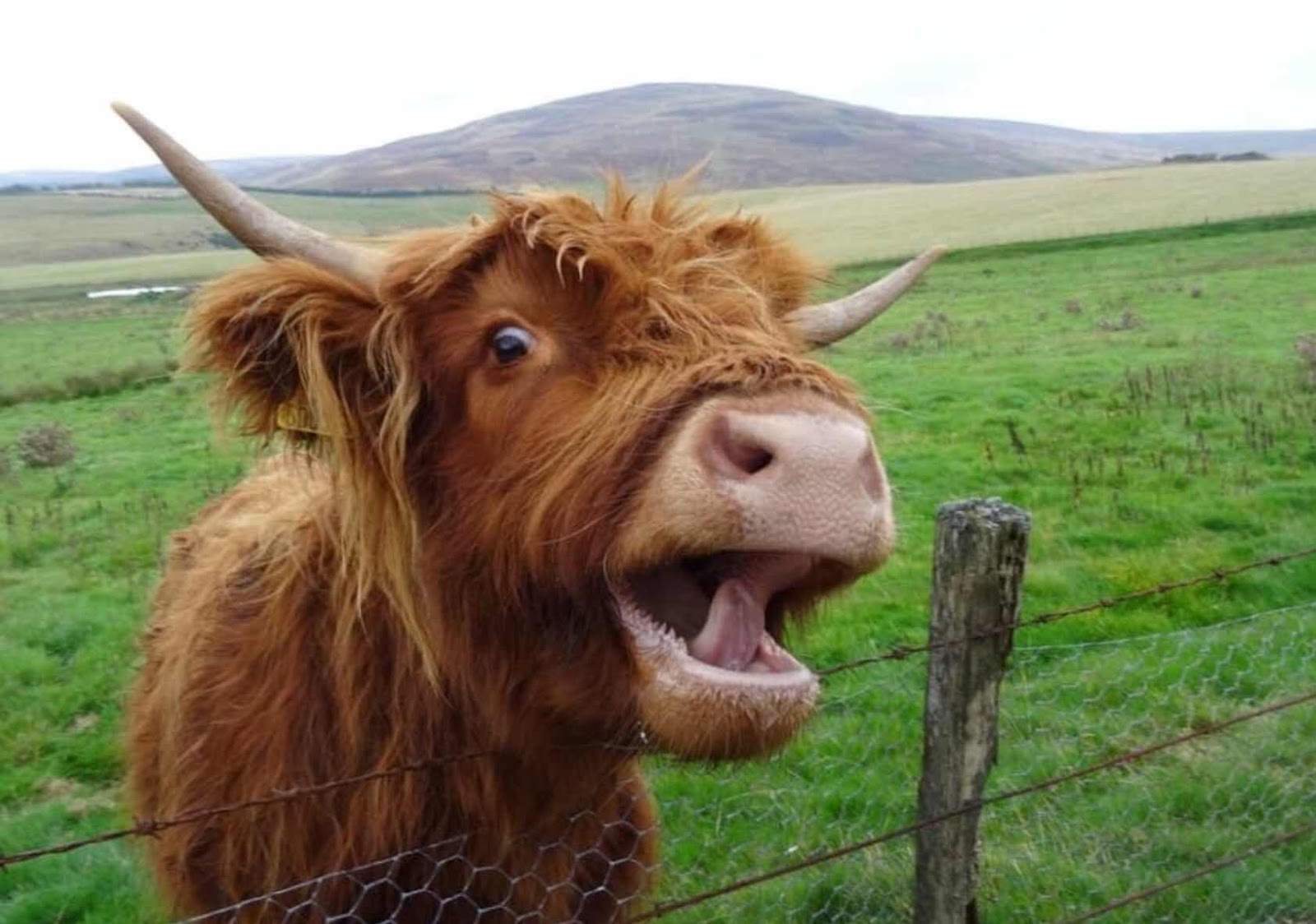 In fact, the only time they pose a danger is if a protective mother perceives a threat to her calves. 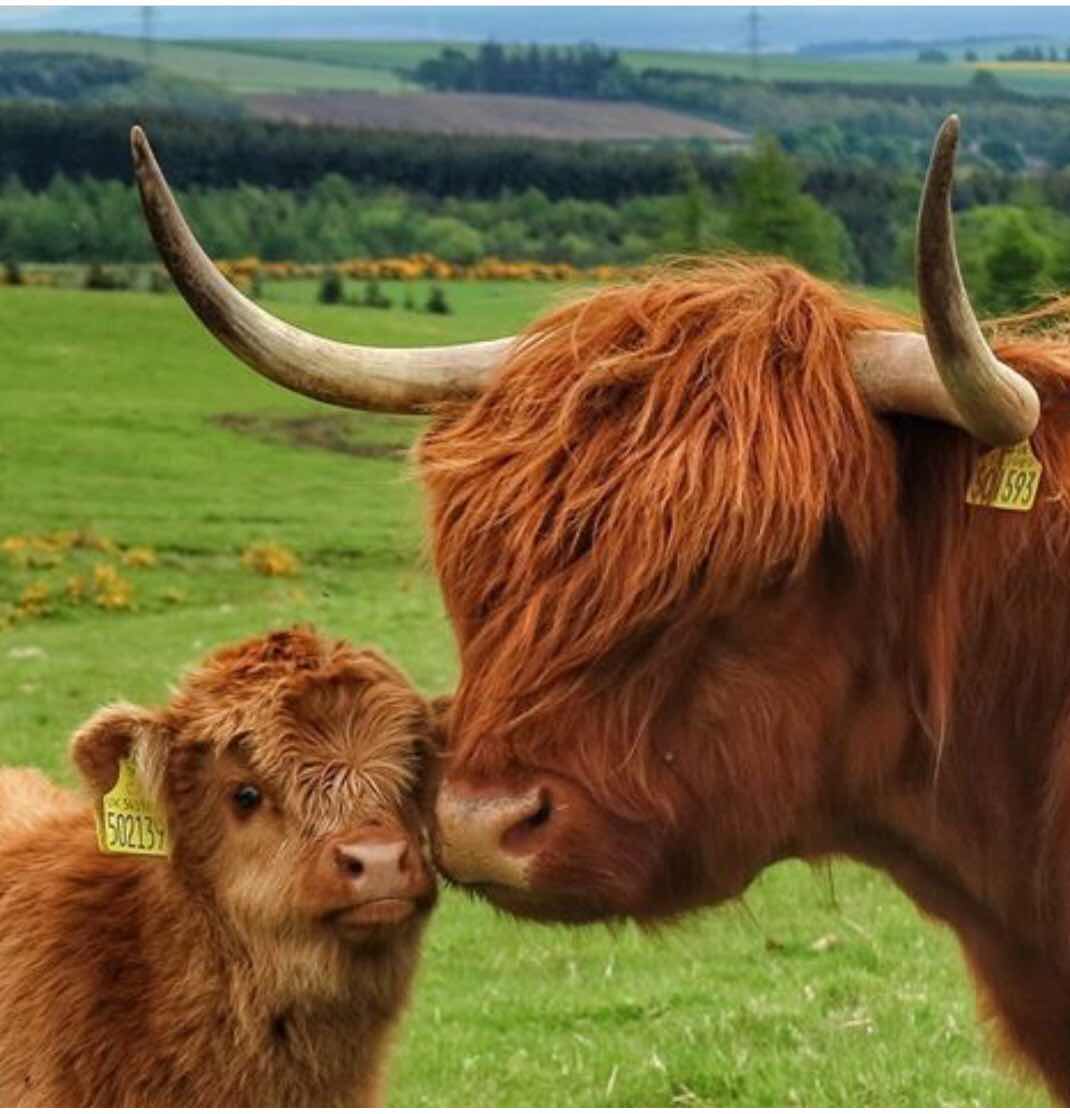 Oh and speaking of those adorable calves. I want one for home. What pet coo-uld be more perfect? Just look at this little face: 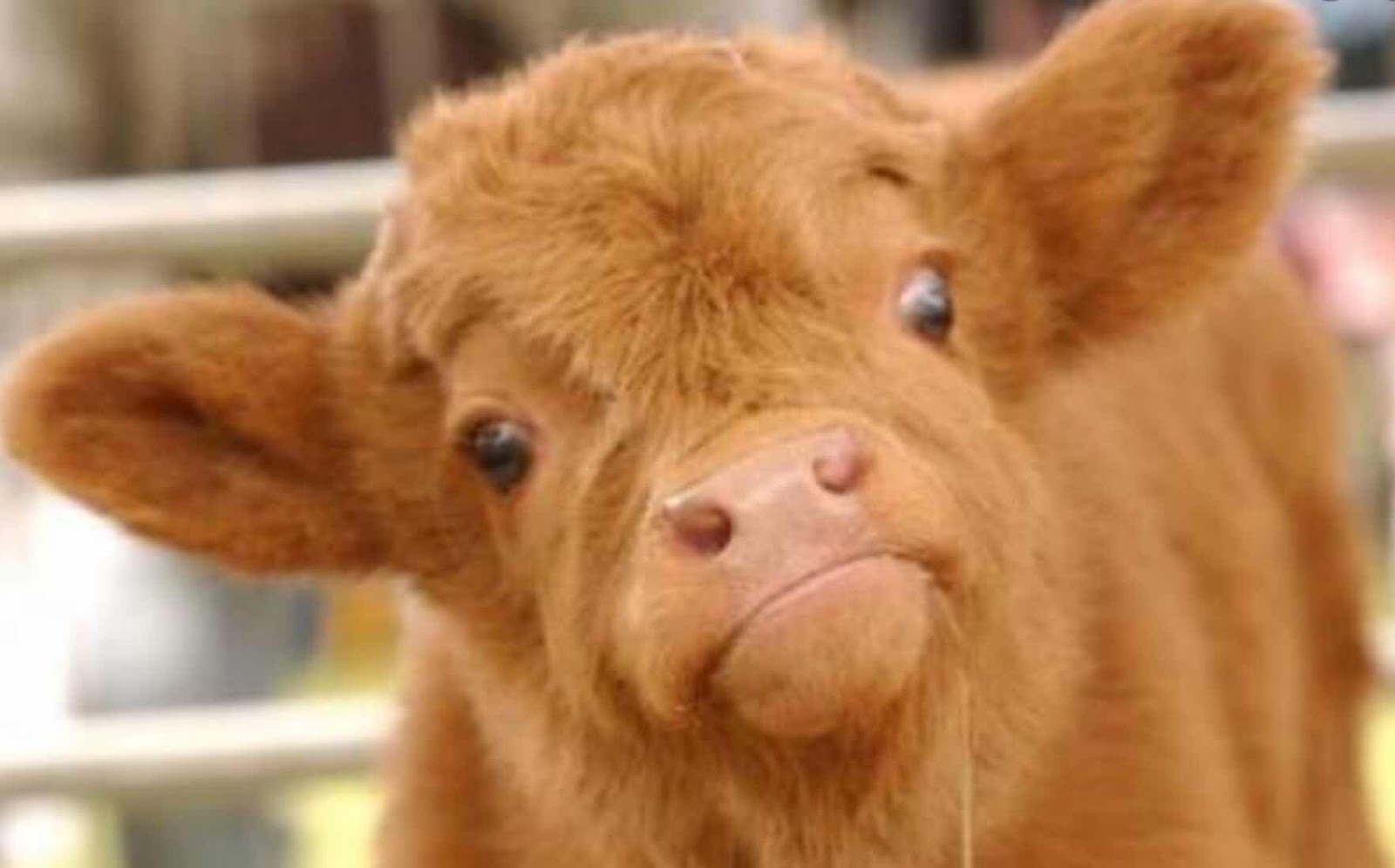 But don’t let the Heilan Coo’s adorable features fool you. They are the oldest registered breed of cattle in the world and are uniquely adapted to survive Scotland’s often harsh environment. Their thick woolly undercoats keep them toasty warm. Those charming long eyelashes and thick fringe protect their eyes from stinging hail, wind-driven rains and insects. 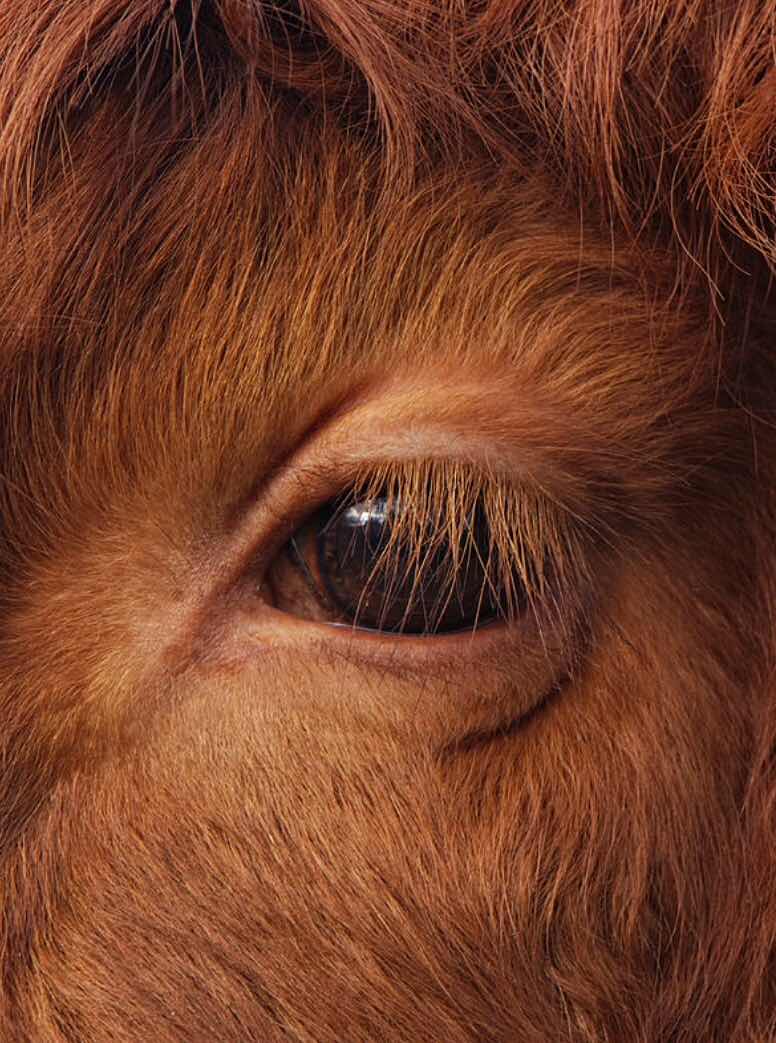 Heightened senses and super vision help them see from behind what appears to be a blinding set of bangs. Horns are used to rake snow away to get at food; the Heilan Coo actually thrives on the poor grazing ground of Scotland. 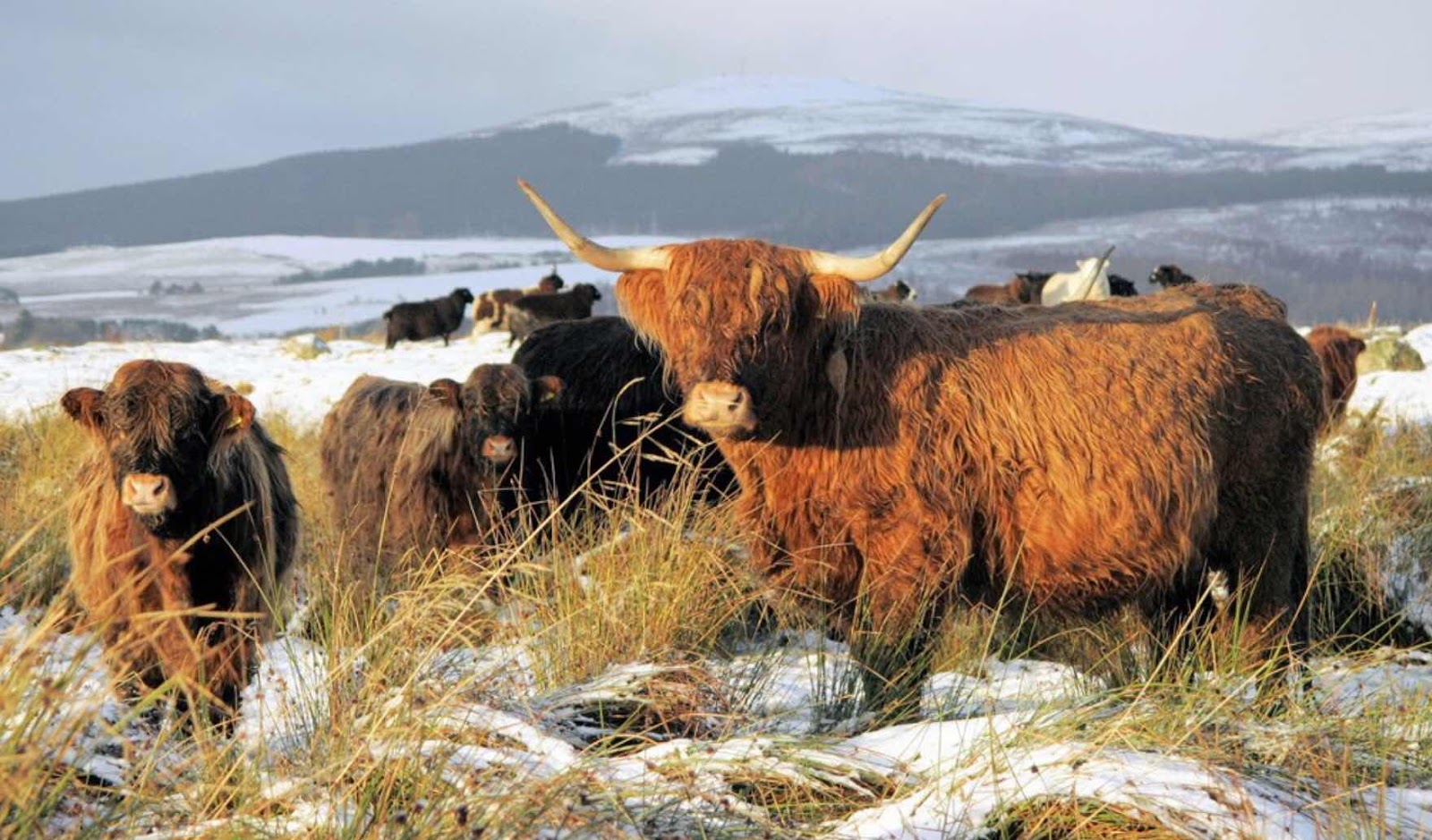 I need to stop here! I know! You’ve had enough. I could go on ad nauseum about Queen Victoria’s soft spot for the breed, the many colours of Highland Cattle, the difference between male and female horns......you get the picture.
Just one more thing.......if you hear of a passenger arrested for attempting to smuggle a Heilan Coo calf on board an Air Canada flight, I’m sure you will figure out who that Canadian might be. 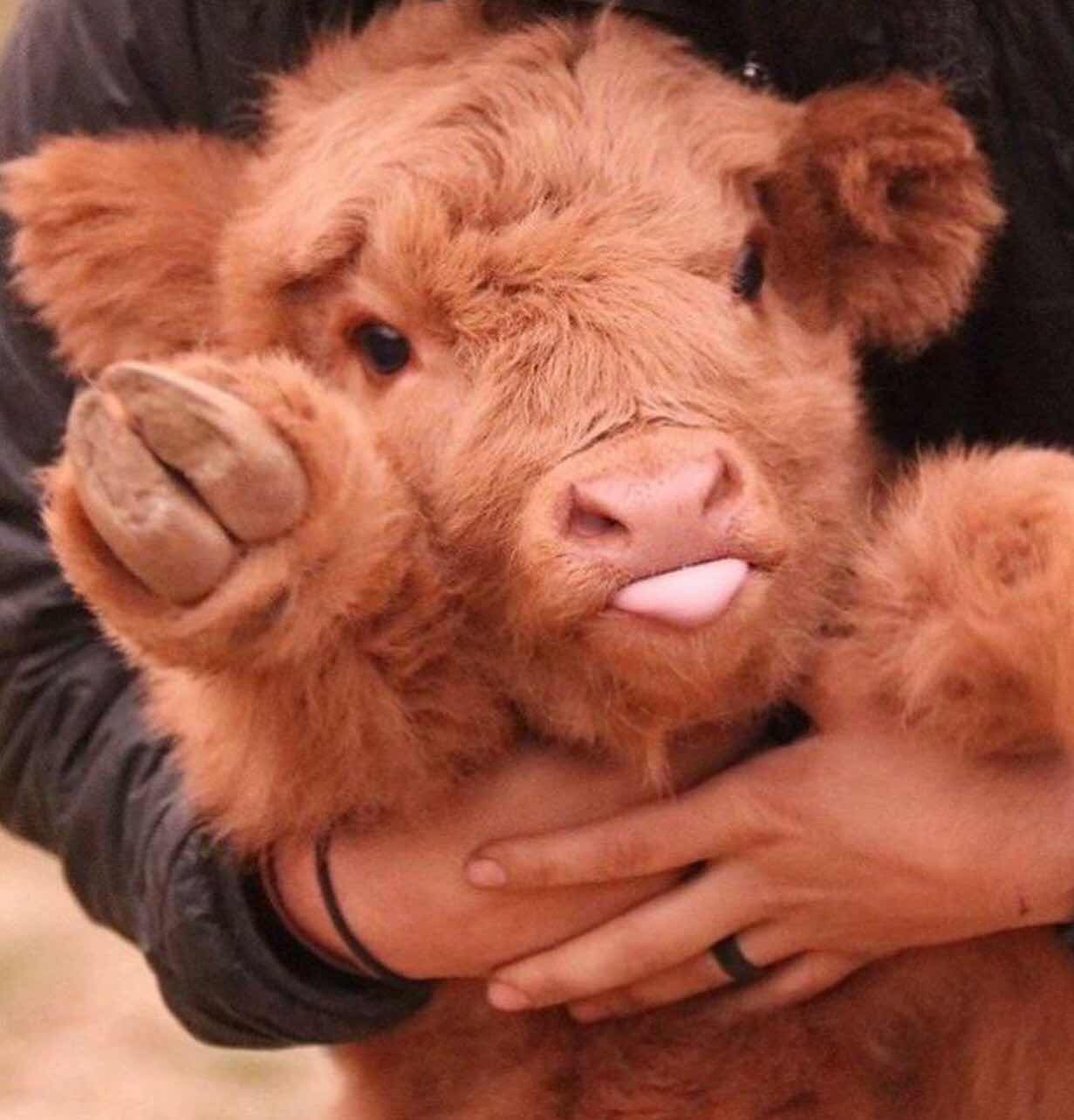