"WHEN GOD GIVES YOU LEMONS, MAKE A MARTINI WITH A LEMON TWIST" (Wednesday, September 11)

"Make a what?" I laughed. "You mean lemonade, right?"
"Our Italy plans became a fiasco, but what we have done with the last three days is better than lemonade!" Sometimes my darling husband says just the right thing and this was one of those moments.
Sitting on La Suisse, a 1910 paddle wheeler, enjoying a lunch of Swiss wine and cheese, we were en route to the imposing Chillon Castle at the end of Lake Geneva. I had to agree. The past three days have been wonderful, a spontaneous, unplanned adventure!
This morning began with a contemplative walk west along a small section of the pathway encircling Lake Geneva. Like Lake Lucerne and Lake Zurich, paths completely circle the lake. I become increasingly impressed with the Swiss ability and foresight in their land use controls. Today is 9/11 and both of us were lost in our own thoughts, remembering the tragedies and bravery of that day. We shall never forget. Tonight at dinner, we made a point to toast the brave police and fireman of New York.
Chateaux de Chillon, our destination for the day, has inspired many writers and artists - Rousseau, Byron, Hugo and Gustav Corbett. Its occasionally dark history contrasts with its enchanting setting on an island in Lake Geneva. Rousseau wrote "La Nouvelle Eloise", Byron, "The Prisoner of Chillon" which he researched by spending a night in the underground prison. Carved into one of the prison walls is Byron's name. 18th century graffiti? Peter Bogdonovich's "Daisy Miller" was filmed on location here.
Our boat trip took us along the north shore of Lake Geneva. One of the stops was Montreux, Switzerland's Riviera. After Italy fell apart, I had attempted to book, last minute, Montreux. The only room available was $4450 for the three nights we required. I don't think so! And so I moved along the shoreline to Cully and we were able, though venere.com, to find a lovely room in a marvellous small hotel overlooking the lake. Ironically, booking Cully put is smack dab in the middle of the Lavaux wine country. Our boat today passed the breathtaking terraced vineyards of Lavaux. What a magnificent landscape! And then we arrived at Chillon.
Opting for the one and a half hour audio tour a la iPod, Jim and I were transported back to life in the 12th century and the Savoy dynasty. Beginning in the claustrophobic, hair raising crypt and prison, we moved through the castle ending atop the Keep with its magnificent views over Lake Geneva. The small rocky island on which the castle is built acted both as natural protection and a strategic location to control movement between the north and south of Europe. It is small wonder that Chillon Castle from the time of Byron to today, remains a such draw for visitors. It is mysterious and captivating.
Our boat returned us to Cully at 6:00 p.m.
Tomorrow, it is medieval Lutry and the Lauvaux wineries...... 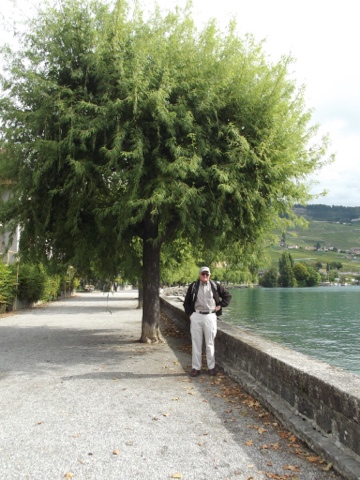 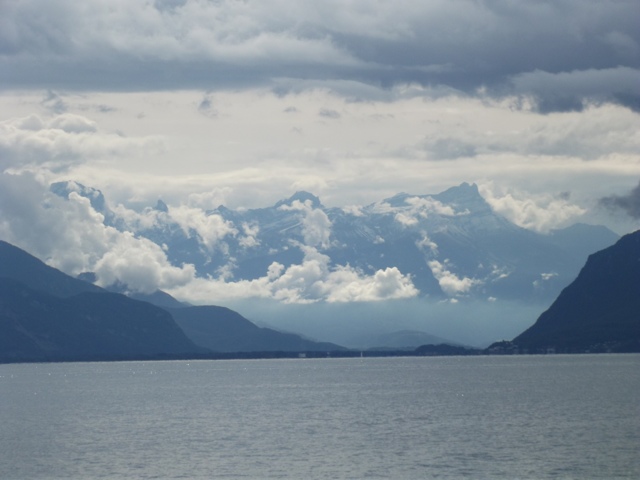 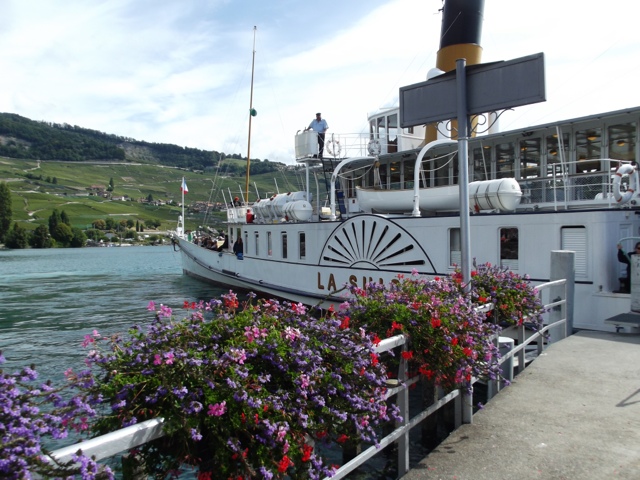 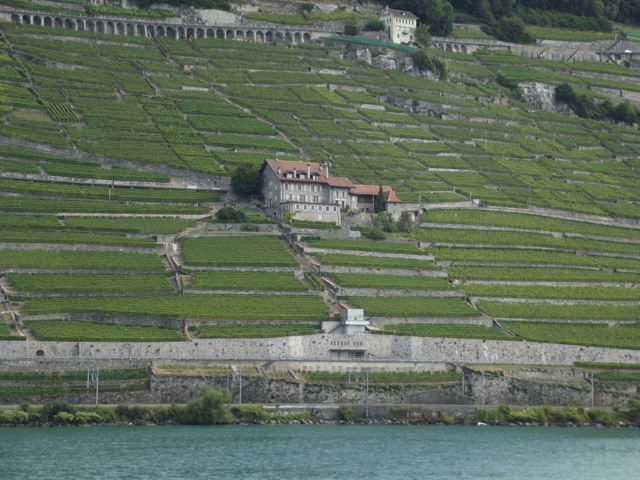 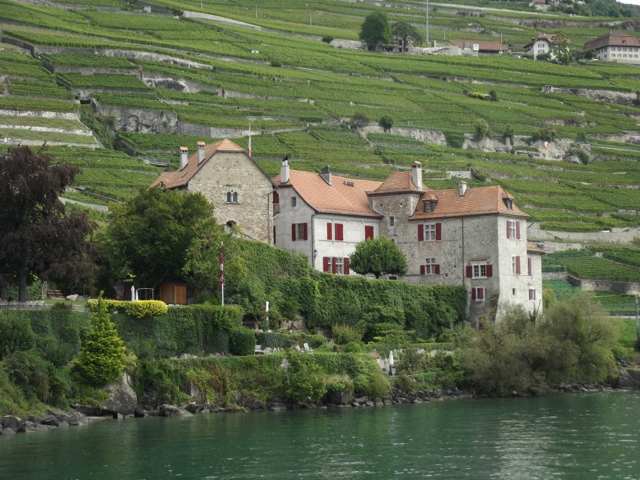 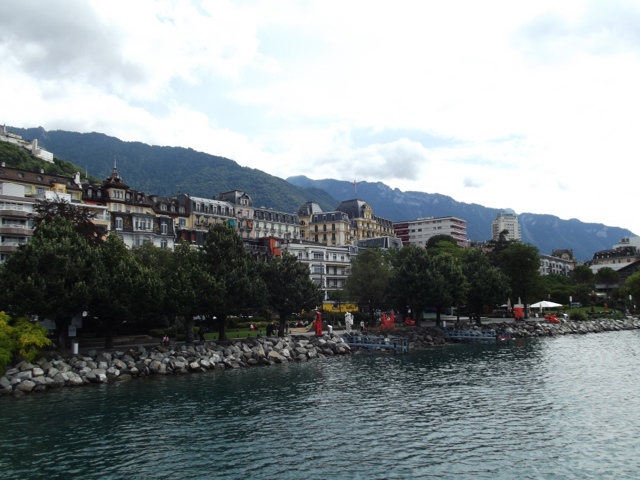 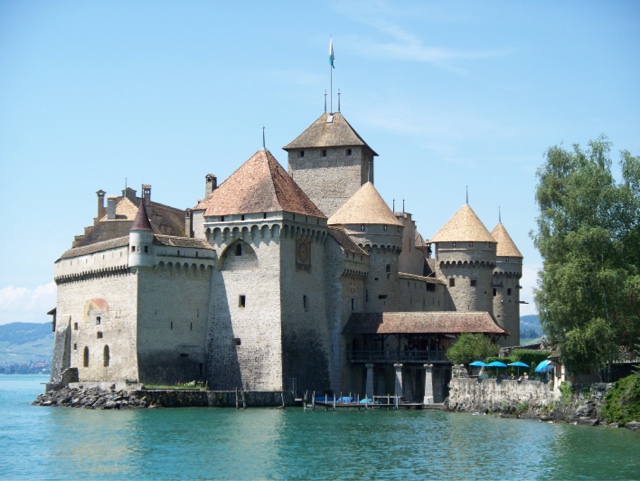 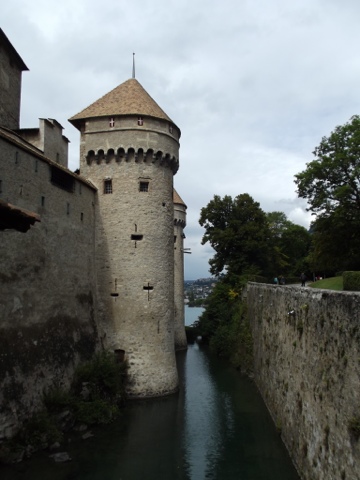 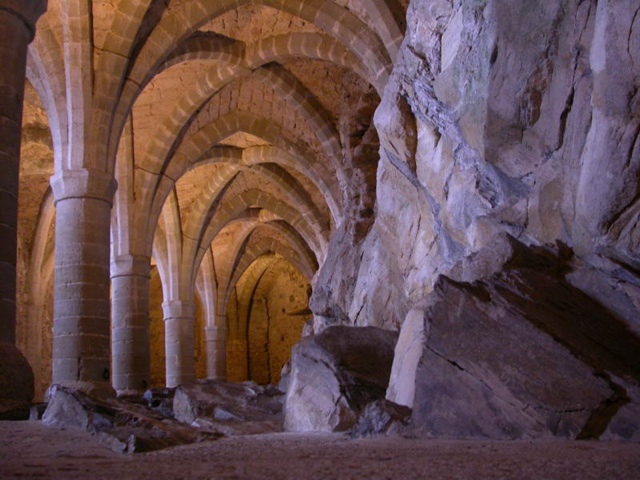 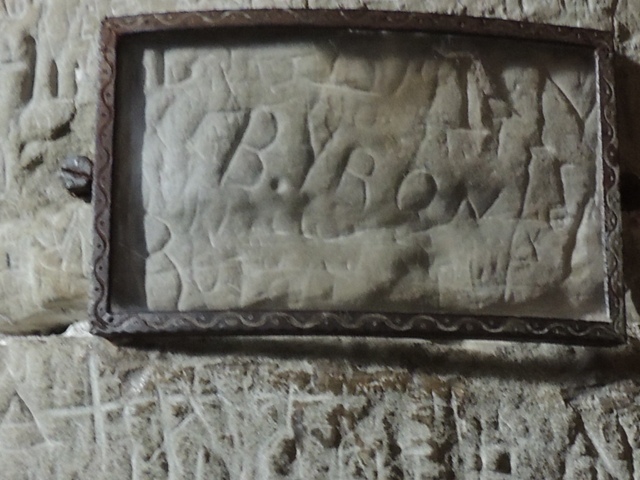 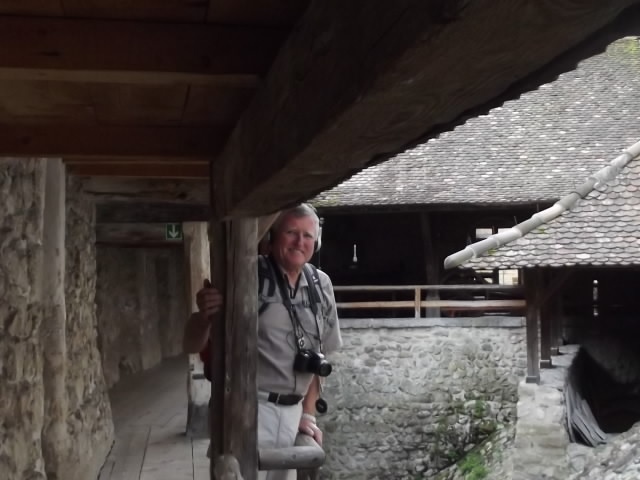 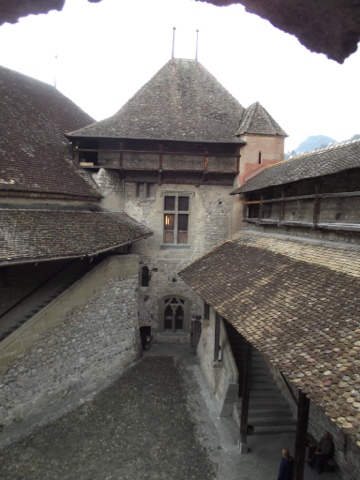 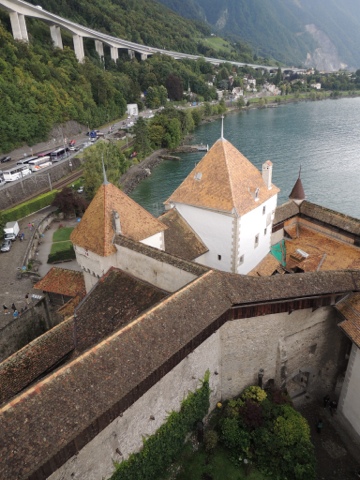